Romantic Dramas to Seep Into November 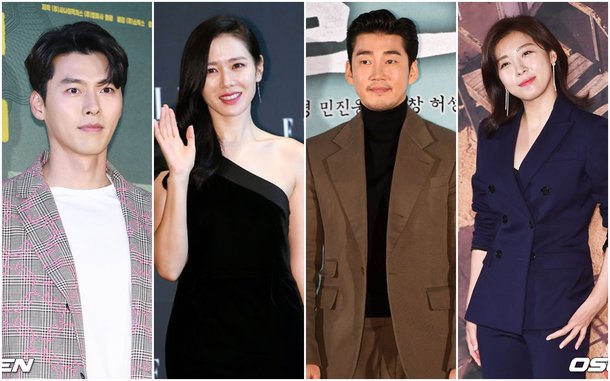 The masters of romance will be taking over our home screens in November.

Star productions with solid backgrounds are all making a comeback in November with romantic dramas.

Hyun Bin and Son Ye-jin are starring in the tvN drama "Crash Landing on You", and it's being called the most looked forward to drama of the year. Starting in November, this drama is a romantic story about Yoon Se-ri (Son Ye-jin), an heiress who crash lands in North Korea after a paragliding accident, and North Korean officer Ri Jeong-hyeok (Hyun Bin).

The line-up is highly anticipated. Hyun Bin and Son Ye-jin meet again as romantic lovers after their co-starring in "The Negotiation".

Hyun Bin will tackle a North Korean role as well as piano playing in this drama, and Son Ye-jin is not the typical heiress we see every day. In addition, these two have a knack in the romance department and are expected to bring out good chemistry.

The new jTBC drama "Chocolate" starting on the 29th of November is also a real, human romance. It is set against the backdrop of a hospice and is about a cold and blunt neurosurgeon named Lee Kang (Yoon Kye-sang) and a warm-hearted chef named Moon Cha-yeong (Ha Ji-won).

The drama is written by Lee Kyeong-hee from "Nice Guy", "Very Good Times" and "Uncontrollably Fond", while production is under PD Lee Hyeong-min who worked on "Ms. Temper and Nam Jung-gi", "Strong Woman Do Bong-soon" and "Miracle That We Met". These two last worked on the set of 2004 drama "Sorry, I Love You".

"Chocolate" is also Yoon Kye-sang's first romance drama in a while, as he's been involved with strong and fierce characters in films such as the "The Outlaws" and "Minority Opinion", while Ha Ji-won turns into a chef with a heart who loves to help others.

As actors and creators who have shown their talent in romance have gathered, attention is being paid to whether they will cause another rage in the small screen. "In November, the small screen shows the reunion of the actors and creators who performed well in the romance/melodrama department", a broadcasting company source said. "It is expected that their meeting will be another point of observation to see how they will perform compared to their previous works".

"Romantic Dramas to Seep Into November"
by HanCinema is licensed under a Creative Commons Attribution-Share Alike 3.0 Unported License.
Based on a work from this source