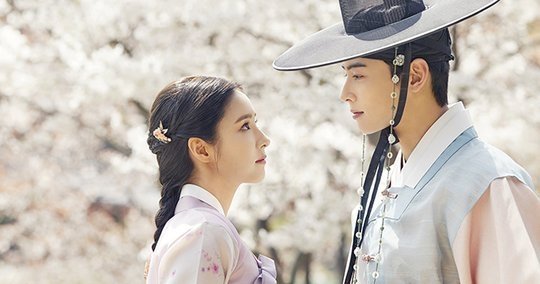 The first official stills of Shin Se-kyung and Cha Eun-woo from "Rookie Historian Goo Hae-ryung" were released. The visual chemistry between the two, who are obviously head over heels for each other, makes everything heart-throbbing.

"Rookie Historian Goo Hae-ryung" is a fiction sageuk based in the Joseon times of the late 19th century. Along with the fight of the female palace historian, the drama will tell of her romance with the prince, who has a secret of his own. The cast includes Lee Ji-hoon-I, Park Ji-hyun, Kim Yeo-jin, Kim Min-sang, Choi Deok-moon, Sung Ji-ru and more.

The stills show Goo Hae-ryung and Yi Rim making eye contact. The flowers blooming around them awake the dormant love cells in our bodies and increase anticipation for "Rookie Historian Goo Hae-ryung".

First, Hae-ryung is the problematic female historian who causes a stir in 19th century Joseon. She is bold and bright, being the first female historian of the time. She's expected to steal the hearts of Yi Rim and the viewers right away.

Hae-ryung will be sticking closely and keeping record of Dowon Prince Yi Rim. He's second in line to the throne and is a lonely prince who lives shut away in the palace, and has never been in a relationship.

"Rookie Historian Goo Hae-ryung" production staff say, "The drama will make everyone's 9PM night romantic and you can look forward to it". 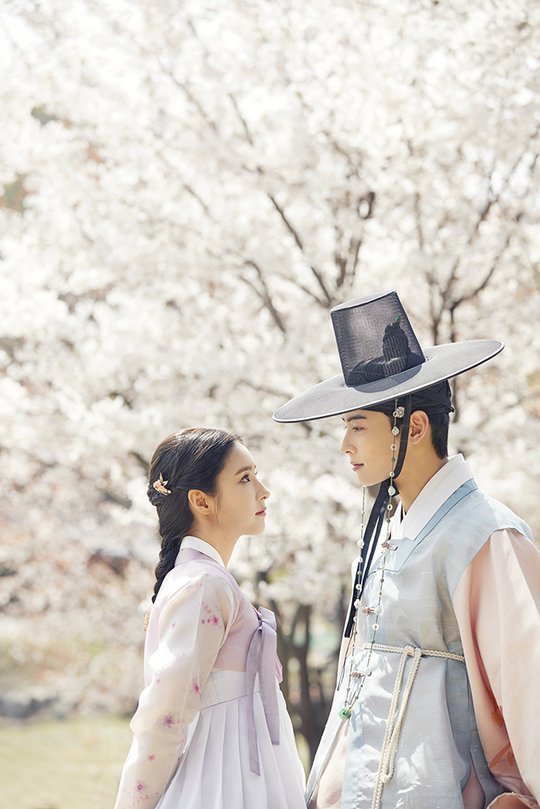 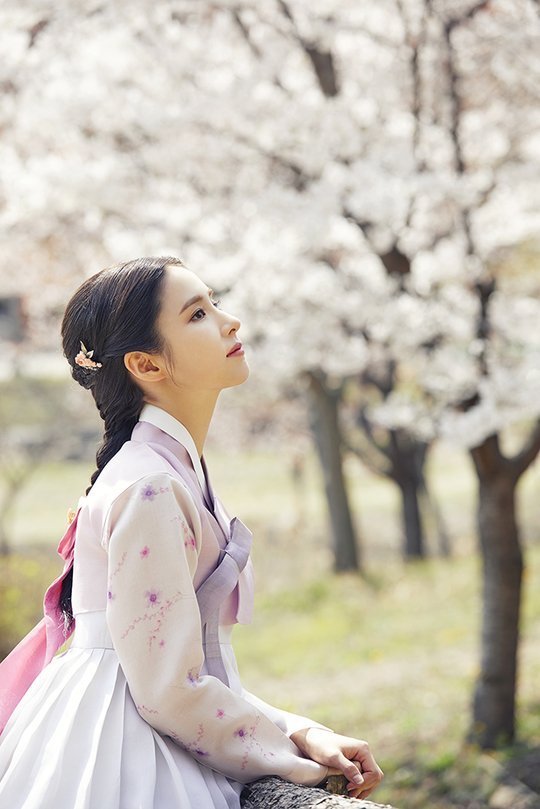 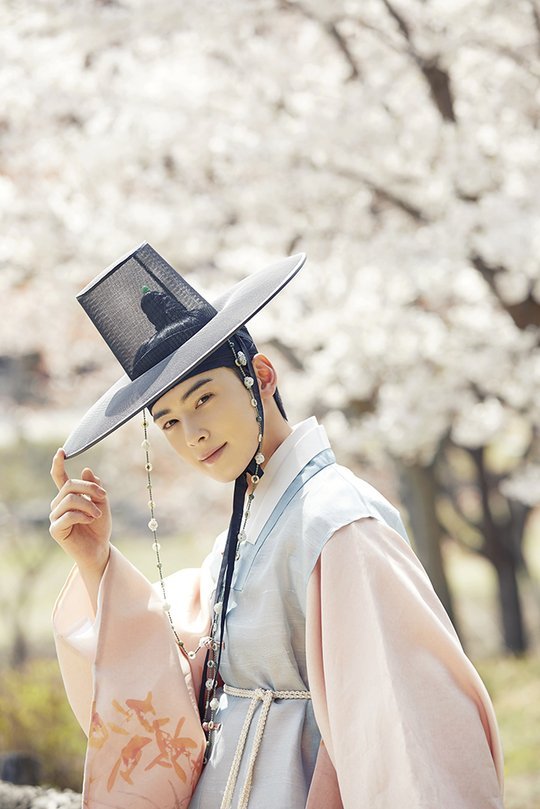 ""Rookie Historian Goo Hae-ryung" Releases Heart-Pounding Stills of Shin Se-kyung and Cha Eun-woo"
by HanCinema is licensed under a Creative Commons Attribution-Share Alike 3.0 Unported License.
Based on a work from this source