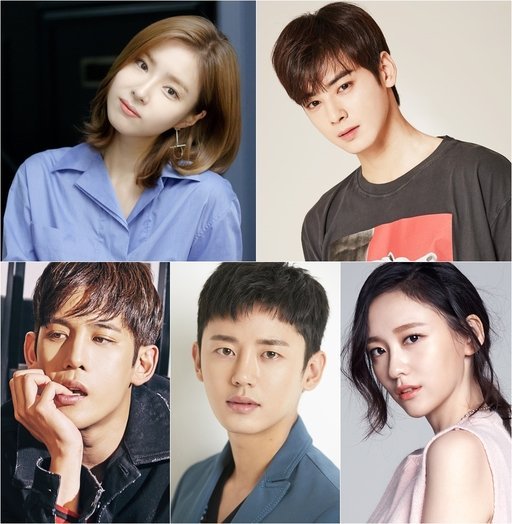 "Rookie Historian Goo Hae-ryung" is a fiction sageuk based in the Joseon times of the late 19th century. The drama delivers the message that women who are currently treated like outcasts are equally as honorable and worthy as men.

Shin Se-kyung takes on the role of Goo Hae-ryung. This is her first sageuk in 3 years.

Park Ki-woong who has made impressive performances in various works, plays Yi Jin, the lesser prince who is very fond of Yi Rim. Yi Jin stands against noblemen whose greed for power is starving and sickening the people.

Lee Ji-hoon plays Min Woo-won, Goo Hae-ryung's superior officer. He is part of the Yemungwan and son to the most powerful man in the Joseon, Min Ik-pyung with a solid heart and a man of principles. Rookie Park Ji-hyun plays Song Sa-hee, a rookie historian who enters the palace with Goo Hae-ryung. Song Sa-hee hides passion behind her elegance.

""Rookie Historian Goo Hae-ryung" Wraps Up Casting"
by HanCinema is licensed under a Creative Commons Attribution-Share Alike 3.0 Unported License.
Based on a work from this source