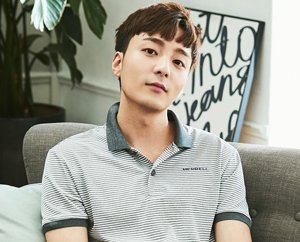 Kim's long-awaited new album is due out next month. He plans to unveil the new songs live while on the road. He is currently working hard on the album while preparing for the concerts, the agency said.

"Roy Kim Plans 1st Concert Tour in 3 Years"
by HanCinema is licensed under a Creative Commons Attribution-Share Alike 3.0 Unported License.
Based on a work from this source