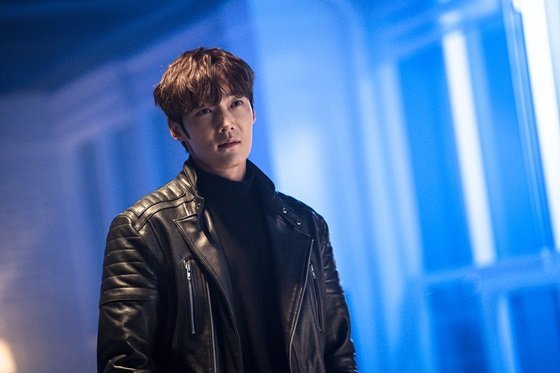 Actor Choi Jin-hyuk expressed his feelings after the end of the OCN drama "Rugal".

Through his agency on the 20th, Choi Jin-hyuk said, "I am happy to have played the role of a 'science action hero' for the first time in Korea".

"I am thankful to the producers, directors, seniors, juniors and all the staff members who worked so hard for the past 7 months from winter to spring".

He explained, "There were a lot of action scenes combined with CG that I had to go through physically, but we worked together several times to get closer to perfection", he said. "In the process of realizing the original webtoon, I thought a lot about how to express the character of Kang Ki-beom".

Meanwhile, "Rugal" was praised for opening a new horizon in the genre of 'science action hero', which is somewhat unfamiliar to Korea. In "Rugal", Choi Jin-hyuk played the role of Kang Ki-beom, a key member of the human weapon team Rugal with a special artificial body part. He expressed not only the colorful action, but also the boiling vengeance of the painful past and the hidden secret in a captivating performance.

""Rugal" Choi Jin-hyuk, "Playing a Science Action Hero Was Meaningful""
by HanCinema is licensed under a Creative Commons Attribution-Share Alike 3.0 Unported License.
Based on a work from this source