Rumors of Song Joong-ki's death and grave, only the drama is the answer 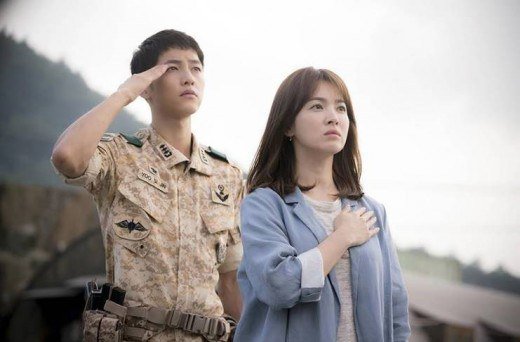 With two more episodes to go, speculations about the drama ending has been going around. Rumor has it that Song Joong-ki is going to die.

Rumors like this have been spreading on Internet communities.

A Chinese media says Yoo Si-jin dies while protecting the president and Kang Mo-yeon (Song Hye-kyo) operates on him. Yoo Si-jin sees that and happily closes his eyes".

Pictures hinting a sad ending and of Song Hye-kyo have been going around online.

The "Descendants of the Sun" sources say, "The title of the ending is different and the pictures of Song Hye-kyo look like they've been made up. The truth will be revealed in the drama".

Claims of the drama being a sad ending is getting stronger than it being a happy ending. Netizens say, "Soldiers always wear a shroud. When a soldier dies at the frontier fighting for his country and gets wounded, the spot he dies in is his grave and his uniform becomes a shroud".

A dreamy scene was depicted of Song Hye-kyo and Song Joong-ki sitting together in Uruk and some say this might be the ending scene. 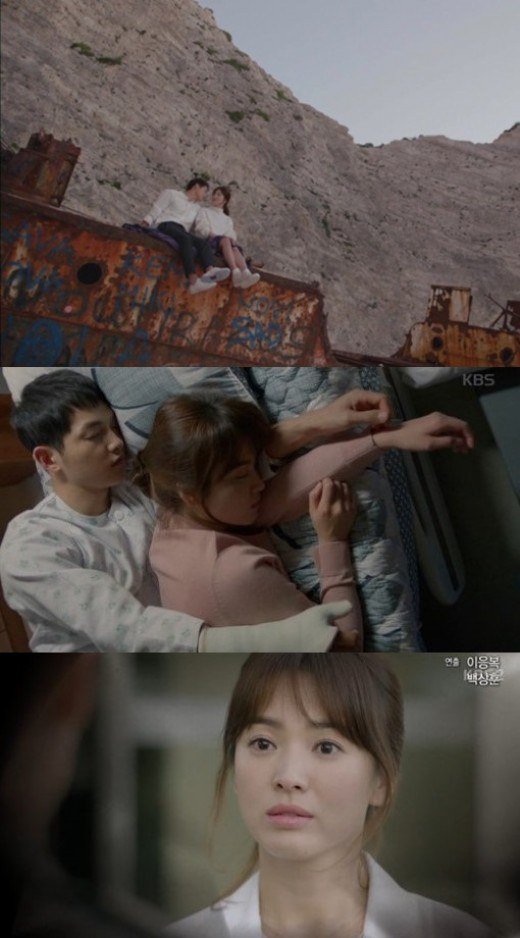 "Rumors of Song Joong-ki's death and grave, only the drama is the answer"
by HanCinema is licensed under a Creative Commons Attribution-Share Alike 3.0 Unported License.
Based on a work from this source