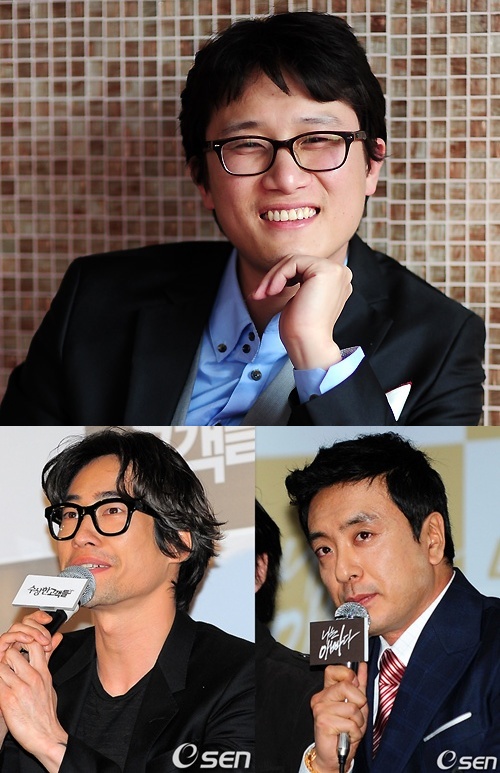 Movies "Suicide Forecast" and "I Am a Dad" with Ryoo Seung-bum and Kim Seung-woo in the leas will be released this 14th of April. Whether or not they will top the current box office hit "Clash of the Families" by Song Sae-byeok and Lee Si-young is bringing interest.

According to the movie promotion committee, "Clash of the Families" is running first place for two weeks with a 25.3% ticketing rate.

Right behind the "Clash of the Families" is Ryoo Seung-bum's human comedy, "Suicide Forecast". This movie is running secong place with a 23.4% of ticketing rate. It's not that far away with only a 1.9% gap.

Kim Seung-woo, kid actress Kim Sae-ron, and Son Byung-ho's "I Am a Dad" is in fifth place with 6.1% in ticketing rate.

"I Am a Dad" is about a corrupt detective Han Jong-sik (Kim Seung-woo), who would do anything to protect his daughter. The last hope in saving his daughter Min-ji's (Kim Sae-ron) life is in the hands of Na Sang-man (Son Byung-ho) who vows revenge on him for having lost everything, and Han Jong-sik had to make a choice he will never be able to take back.

"Ryoo Seung-bum and Kim Seung-woo 'hit trend' will they break Song Sae-byeok?"
by HanCinema is licensed under a Creative Commons Attribution-Share Alike 3.0 Unported License.
Based on a work from this source