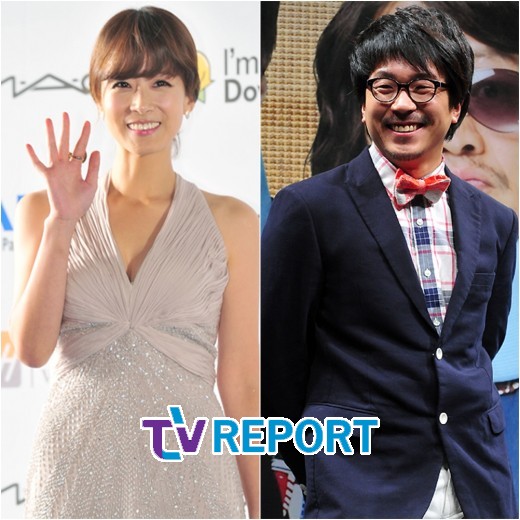 Actress Ryu Hyun-kyung went about explaining the scandal between herself and movie director Yang Ik-june.

She attended the media premiere of the movie "The Singing Contest" and said, "The scandal between me and Yang Ik-june is not real".

The scandal broke out earlier last month. They worked together in the short movie "Departure" in 2011 and the signing of Yang Ik-june to her agency added life to the scandal.

Ryu Hyun-kyung said, "I don't know why this scandal broke out when no one cares. I am close with Oh Jung-se as well and not only Yang Ik-june. We've just become awkward after this".

She also claimed she was close with Jang Gi-ha, Gary and Jeong Jae-hyeong.

Meanwhile, "The Singing Contest" is about a man who is a shutter-man during the day and a call-driver at night but has a dream in the deep of his heart. Comedian Lee Kyeong-gyu is the director once again. To be released on the 1st of May.

"Ryu Hyun-kyung explains scandal with Yang Ik-june"
by HanCinema is licensed under a Creative Commons Attribution-Share Alike 3.0 Unported License.
Based on a work from this source