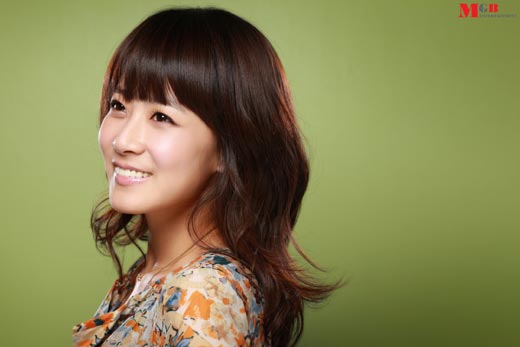 Actress Ryu Hyun-kyung is attempting at her first comical act since her debut.

She has been cast as Bong Kyeong-ja in the SBS sitcom "Salamander Guru and the Gang". She is an oddball female detective who depends on fortune telling for everything. She becomes involved with a fake guru team when she finds the Salamander Guru while chasing after 2 robbers.

She said, "I thought it would be fun when I first saw the synopsis and I liked the character the most. I feel pressured because it's my first time but I also look forward to it because I've never tried this genre before".

"Salamander Guru and the Gang" is the first sitcom in 5 years SBS is showing after "Mackerel Run" and it has various episodes of when a team of 2 robbers disguise themselves as gurus. The cast includes Ryu Hyun-kyung, Im Won-hee, Oh Dal-soo and will be released in January next year.

"Ryu Hyun-kyung for main character in sitcom"
by HanCinema is licensed under a Creative Commons Attribution-Share Alike 3.0 Unported License.
Based on a work from this source