Ryu Jin: 'I Was Happy While Playing Lovely Character Han Do Hoon' 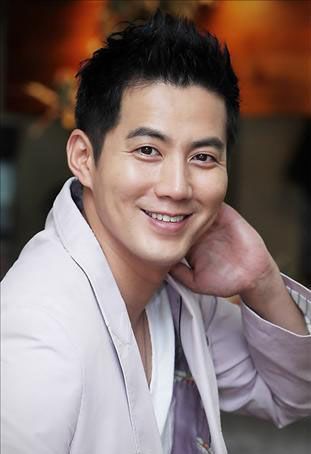 He used to be a son of a rich family and a member of the elite, and he used to be very popular among women, so he usually wandered between two women. Thanks to these characters that he has played so far, he completely melted into similar roles while acting in popular dramas such as SBS's "Love You a Thousand Times", KBS's "Mom's Dead Upset" and " Who Is My Love", and MBC's "General Hospital 2". He seemed to settle down as a "stereotyped stable actor". But, in the fourteen years since his debut, he has shown a shocking rebellion.

In the KBS 2TV spy action drama "Secret Agent Miss Oh", which let down its curtain last month, he successfully transformed into a whimsical, ignorant, and cute man in the conglomerate family, and he earned nicknames such as "clumsy man" and "a man with ingenuous beauty". His transformation was refreshing enough to stimulate lost appetite among viewers in the summer and viewers became excited. The pleasure they could have was no less excited than watching the "Gag Concert". On the other hand, some people in the entertainment industry expressed painful regret for only having cast him in the same types of roles for the last fourteen years. During the interview held at a café located in Gangnam, Ryu Jin said, "When we held a party to celebrate the finishing of the drama, some production directors with whom I have no acquaintance gave me their business cards and suggested we work together in their next dramas. I was very happy when viewers loved me, but it was even more delightfulful that those production directors liked my acting". He smiled with satisfaction.

He continued, "I had fear because the character was wholely new to me, but I had confidence that I could play this new character perfectly. Most of all, I was excited while filming the drama and felt pleasant instead of feeling awkward for trying something new, and even regretted not having tried this kind of character earlier. When people are smiling because of my acting, I laughed more than the others. I think that people have positive responses toward my acting because I personally enjoyed acting".

In fact, the drama "Secret Agent Miss Oh" had started with a novel idea, but as the episodes went on, the flow of the story lost control and ended up becoming anticlimactic after the good start. The viewer ratings wer also poor, recording only one digit ratings, due to the MBC drama "Dong Yi", which was airing at the same time on the other broadcasting station. But, as Ryoo expected, the character Han Do Hoon was successful and became popular among viewers, so naturally, he had become more important character in the drama than the male lead Kim Sang-kyung's character.

He said, "First of all, Han Do Hoon loves only one woman, which is different from the roles that I have played, so I think that I have been supported by viewers. When a man is wandering between two women, he looks indecisive. But, Han Do Hoon is very simple and honest, so he looks adorable. Even though he is a snob, even this character looked cute. I was also very happy because I could hide my age. Sometimes, I wore clothes which looked like a school uniform. It was too funny for me, so I even made mistakes many times. In the last scene filmed in a prison, I made up many ad-libs, and making up and brainstorming ideas for ad-libs was also a very good experience for me".

He answered the question whether he is really a funny man in real life by saying, "People who know me very well have told me that I finally found my real personality onscreen and asked me why I have hidden my character. Of course, Han Do Hoon is much more outgoing than me, but I am also a wild-eyed person and a kind of talkative person. I have performed as serious persons in dramas for more than ten years, so even people who live in my neighborhood regard me as a serious person. I do not think that I transformed into a different person this time. I just revealed my different character that I could not show until now".

But, other actors who worked together with him were also surprised by his acting. Actress Lee Soo-kyung, who had acted together with Ryoo in their previous drama "Love You a Thousand Times" by playing serious characters, said they could rediscover each other in this drama by playing comic characters together. 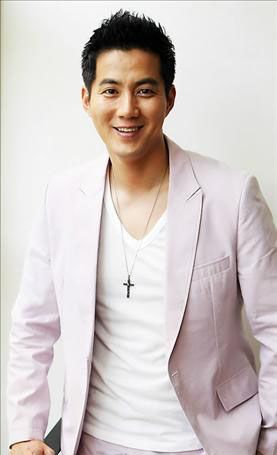 Ryu Jin said, "I had worked together with Lee Soo-kyung for about six to seven months when we filmed the drama 'Love You a Thousand Times', but we never knew each other's comical personality. So, when we filmed this drama, we used to burst into laughter whenever we met".

Ryoo became an actor through SBS's 6th open recruitment in 1996. But, for the first two years, he agonized over whether he had to act as his lifetime job. He said, "I studied tourism management at Kyungwon University and I had wanted to become a Hotelier. Before my graduation, I had accidently applied for the recruitment of actors, and could debut as an actor. For the first two years, I was not attracted to acting at all, but as time went by, I could feel a kind of achievement that I had accomplished something. Thanks to those feelings, I think that I could continue acting. I have been very busy and there were no ups and downs and big risks for my acting career. It was kind of like I went up the stairs without taking the elevator. Sometimes, I had worried that I have been cast too many times for similar roles, but my concern was not that serious because I knew that people were still looking for similar roles for me anyway".

From now on, he will continue transforming himself, just like when he played Han Do Hoon for a while. He said, "Since the drama 'Secret Agent Miss Oh' did not record high viewer ratings, not many people watched my acting, so I want to take a role like Han Do Hoon in other dramas from now on. In the past, when I tried to transform myself, directors used to say 'Can you change your character?' but maybe I guess that they would not react the same way at least. So, this is the right time for me to try many different things". He finished the interview by saying, "As time goes by, I really think that acting is a very attractive job. I was very happy while playing the character Han Do Hoon".

"Ryu Jin: 'I Was Happy While Playing Lovely Character Han Do Hoon'"
by HanCinema is licensed under a Creative Commons Attribution-Share Alike 3.0 Unported License.
Based on a work from this source