Ryu Jun-yeol blossoms through "The King" 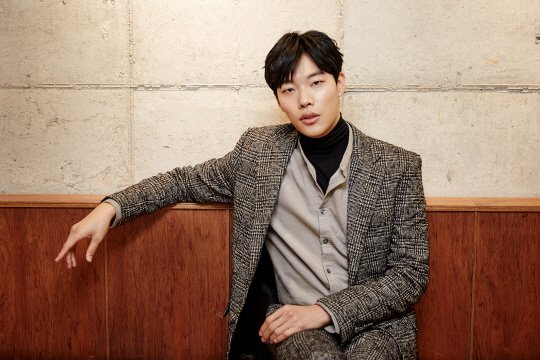 Actor Ryu Jun-yeol has been drawing favorable claims for his performance in "The King".

"The King" was a big issue for various reasons and one of them was that it was Ryu Jun-yeol's first commercial movie. He debuted in 2015 with the movie "Socialphobia" and left a big impression on his fans. He then starred in dramas "Answer Me 1988", "SORI: Voice from the Heart", "No Tomorrow", "One Way Trip", "Canola" and others.

He's got a solid base due to his experience from independent movies and he has a deep passion for character analysis. His next step is in everyone's attention. "The King" is going to remain as a representation of his success.

In "The King", Ryu took on the role of Doo-il, Tae-soo's (Jo In-sung) hometown friend and outstanding member of a gang organization. For his friend who wants to live the big life, Doo-il stands by him and does all the dirty work. Doo-il is a character with loyalty and guts like never seen before.

Ryu Jun-yeol also attempted at his first action movie in "The King". He practiced for two months to make sure he got the right moves. He also wanted to make a difference in the typical 'gangster' image and started analyzing his own character. Everything about Doo-il from the eyes to the tone of his voice was processed by Ryu Jun-yeol.

His next step is worth waiting for. So far he's got "A Taxi Driver" coming up in which he co-stars with Song Kang-ho and "Heart Blackened" with Choi Min-sik. It's only been two years since his debut in 2015 but he's going places and many are looking forward to him.

"Ryu Jun-yeol blossoms through "The King""
by HanCinema is licensed under a Creative Commons Attribution-Share Alike 3.0 Unported License.
Based on a work from this source