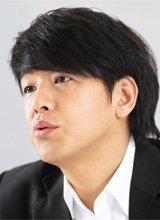 Actor Ryu Si-won is counter-suing his estranged wife after she accused him of intimidation and battery.

Gangnam Police on Monday said Ryoo is suing his wife on several charges including defamation and fraud. The actor's management agency said he was "forced" to take the step because his wife falsely accused him of violence to get the upper hand in divorce proceedings.

In February, Ryoo was indicted on charges of installing a GPS tracker in his wife's car without her knowledge to trace her whereabouts, and beating and threatening her.

The agency at the time denied the charges and claimed Ryoo's wife filed the suit to turn circumstances to her advantage.