Ryu Soo-young comes back with a drama 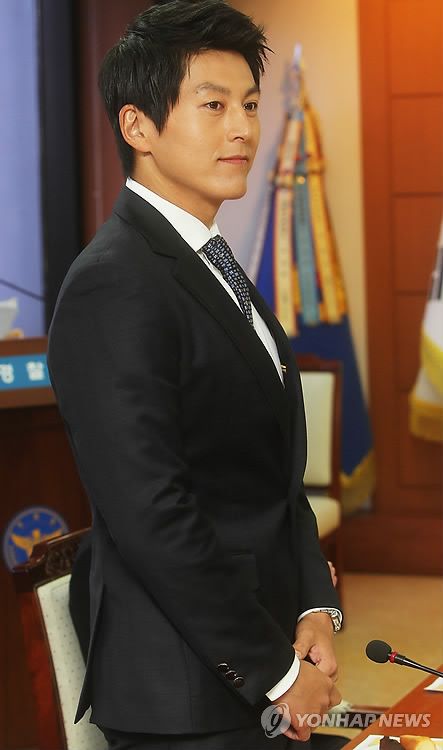 It looks like we're going to see Ryu Soo-young in the small screen very soon!

Newsen reports that Ryu Soo-young's agency is currently finalizing the details of his participation in the upcoming MBC drama, "My Princess". The romantic comedy miniseries is scheduled to premiere in January 2011.

"My Princess" marks Ryu Soo-young's comeback after being away from the limelight for more than two years. His last project before enlisting for military service was 2008 MBC drama Lawyers of Korea.

The new MBC drama centers on the love story between Park Hae Young, a tycoon's son (Song Seung-heon) and Lee Seol, an ordinary university student (Kim Tae-hee). Park Ye Jin was recently confirmed to join the production as Oh Yoon Joo, the rival of Lee Seol. Ryu Soo-young completes the ensemble as Nam Jeong-woo, an assistant professor who is the secret crush of Lee Seol.

Production boasts of a strong director-writers team with Kwon Seok-sang ("Pasta", "Fox, What Are You Doing ??"), and Kim Eun-sook ("Secret Garden", "Lovers in Paris", "Lovers in Prague", "Lovers", "THE CITY HALL", "On Air") and Jang Yeong-sil ("On Air", "Lovers"), respectively.

"Ryu Soo-young comes back with a drama"
by HanCinema is licensed under a Creative Commons Attribution-Share Alike 3.0 Unported License.
Based on a work from this source