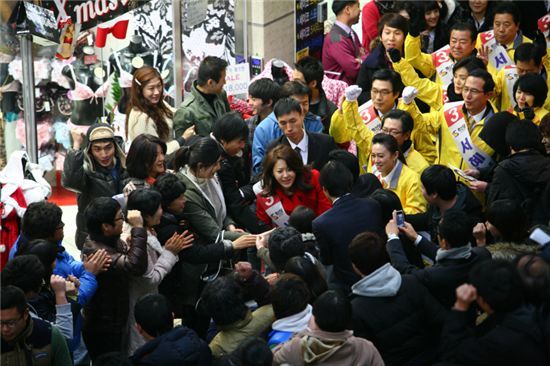 SBS TV series "Daemul - Big Thing" came out first amongst Wednesdays and Thursdays prime time series once again, ruling charts for the 10th week, according to the findings of two major research firms on Friday.

MBC's mystery-suspense home drama "Home Sweet Home" came next, reporting an average rating of 8 percent on TNmS' survey and 9.9 percent on AGB's poll, both improvements by about one to two percent from last week.

Starring Kim Hye-soo, Hwang Shin-hye and Shin Sung-woo, the show looking into the mystery of a murder case rose to No.2 on prime time chart for the first time. The drama also posted a rating of 10 percent on AGB's poll yesterday alone which was its first two-digit score.

"President" depicts on the process of ambitious lawmaker Jang Il-joon trying to become a president through various efforts of himself and the people surrounding him including his family and staff members.

"SBS "Daemul - Big Thing" leads TV chart for 10th week "
by HanCinema is licensed under a Creative Commons Attribution-Share Alike 3.0 Unported License.
Based on a work from this source