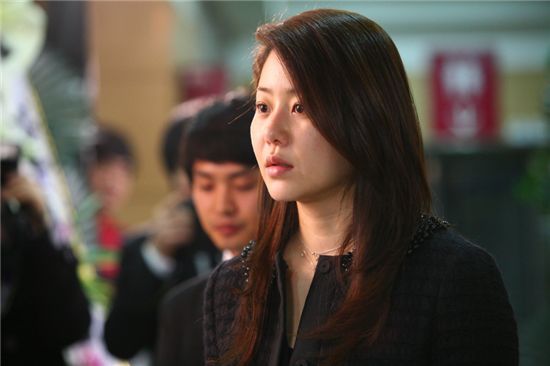 According to data by Total National Multimedia Research (TNmS), "Daemul - Big Thing" marked 25 percent in terms of average viewership rating, about a one percent gain from last week. The drama fared even better on AGB Nielsen Media Research's survey with a score of 26.7 percent.

KBS detective story "The Fugitive Plan B", which aired its final episode on Wednesday, reported ratings of 12.7 percent on both TNmS and AGB's survey. A special episode containing behind the scenes footage on the show aired on Thursday.

"The Fugitive Plan B", a 20-part series starring Rain, Lee Na-young, Daniel Henney, Lee Jung-jin and Yoon Jin-seo was a story of detectives, cops, gangsters and treacherous tycoons all involved in a case to find gold that went missing during the Korean War.

A collaboration between director Kwak Jeong-hwan and Writer Cheon Seong-il, famous for their former joint project "The Slave Hunters", "The Fugitive Plan B" was a mega-scale drama shot not just in Korea but also Beijing, Shanghai, Macao, the Philippines and Japan.

The drama is set to go on air in Japan starting April of next year and soon in other countries such as Taiwan, the Philippines, Thailand, Hong Kong, China, Singapore, Malaysia and Indonesia.

"SBS "Daemul - Big Thing" rules TV 9 weeks straight"
by HanCinema is licensed under a Creative Commons Attribution-Share Alike 3.0 Unported License.
Based on a work from this source