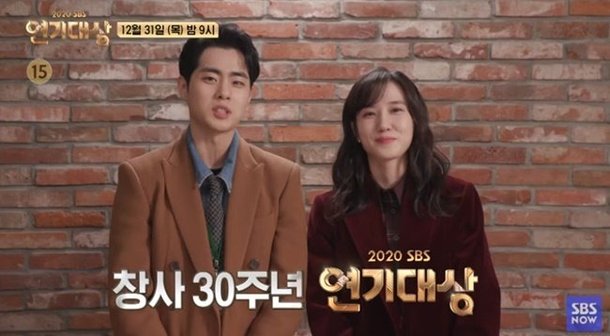 Amid the release of previews for the 2020 SBS Drama Awards, "Stove League" Cho Byeong-kyu and Park Eun-bin have gotten together.

On December 17th, a trailer for the 2020 SBS Drama Awards was released on YouTube channel SBS NOW.

In the video, Cho Byeong-kyu and Park Eun-bin stand side by side to introduce the SBS Acting Awards. As they worked together in the drama "Stove League" the two still drew attention with their perfect chemistry.

Along with the introduction of "Stove League", "Dr. Romantic 2", "Hyena", "The King: Eternal Monarch", "Good Casting", "Alice", "Do You Like Brahms", "Delayed Justice" and "The Penthouse" were mentioned.

As they are dramas that filled the year 2020, it is expected that there will be tough competition.

Namgoong Min of "Stove League" and Han Suk-kyu of "Dr. Romantic 2" are mentioned as possible candidates, while Kim So-yeon of "The Penthouse", which is currently airing, is also showing explosive acting skills with every episode. Indeed, expectations are growing for who will be the winner of the 2020 SBS Drama Awards.

Meanwhile, the 2020 SBS Drama Awards will be broadcast on the 31st. 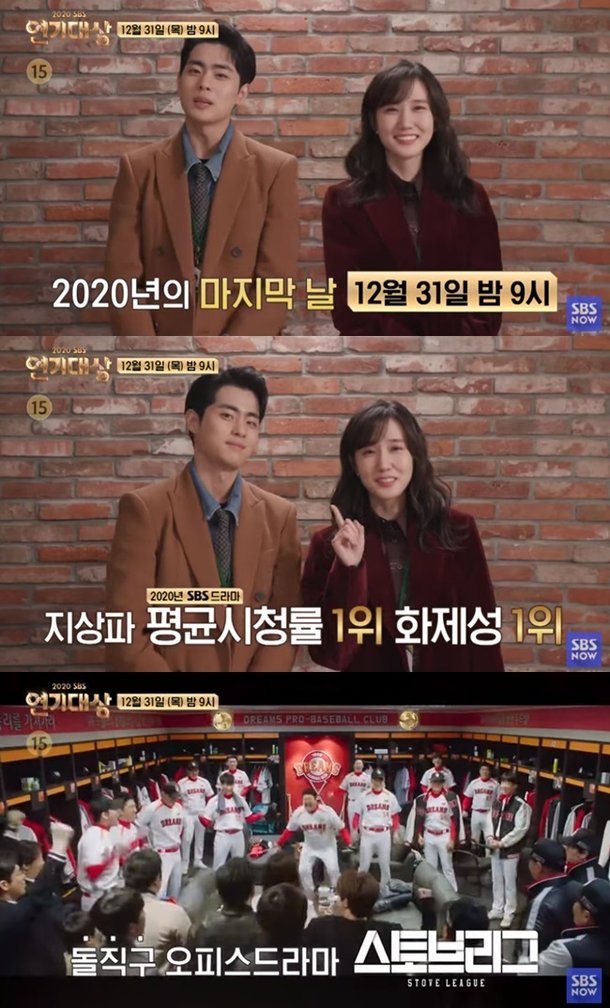