SBS Dramas take over the Number 1 spot for Weekly Ratings 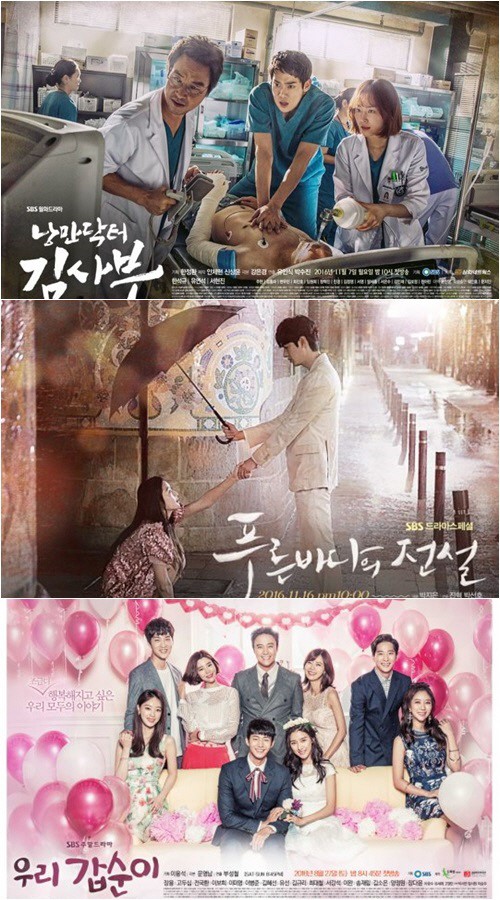 SBS has reached its prime time for weekly ratings.

Monday/Tuesday, Wednesday/Thursday and weekend dramas have all won the hearts of viewers as it takes over the number one spot for viewer ratings for the week.

For Mondays and Tuesdays, "Dr. Romantic" takes the number one spot for every episode aired so far. The first episode itself had a 9.5% rating. The most recent episode received a 13.8% rating.

Wednesdays and Thursdays is "The Legend of the Blue Sea" with a 16.4% viewer rating after airing the first episode. That is the highest rating for the first episode out of all the dramas aired this year.

Weekend drama "My Gap-soon" has continued to rise in weekly ratings each week, with a 13.7% rating for the most recent episode.

Many are curious to see how long this winning streak will be for SBS.

"SBS Dramas take over the Number 1 spot for Weekly Ratings"
by HanCinema is licensed under a Creative Commons Attribution-Share Alike 3.0 Unported License.
Based on a work from this source