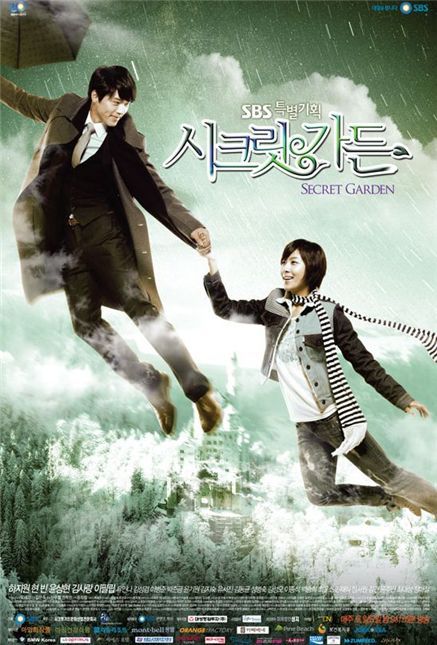 "Secret Garden", a romantic comedy starring Ha Ji-won and Hyun Bin, posted an average rating of 27.6 percent for the week of December 13 to 19, moving up from second to first place on the latest TV chart.

Falling behind by less than one percent was KBS family series "Marry Me, Please" ("All About Marriage") starring Kim Ji-young and Lee Jong-hyuk which reported an average rating of 26.9 percent.

"Daemul - Big Thing", about one woman's rise to presidency, has stayed atop Wednesdays and Thursdays prime time TV chart for 10 weeks now.

Separately, research firm AGB Nielson Media Research placed KBS weekdays drama "Smile, Dong-hae" on first place on its chart with an average rating of 28.3 percent followed by "Marry Me, Please" ("All About Marriage") that settled second with 27.1 percent. SBS "Daemul - Big Thing" came in third with 26.2 percent, posting results similar to that reported by TNmS. 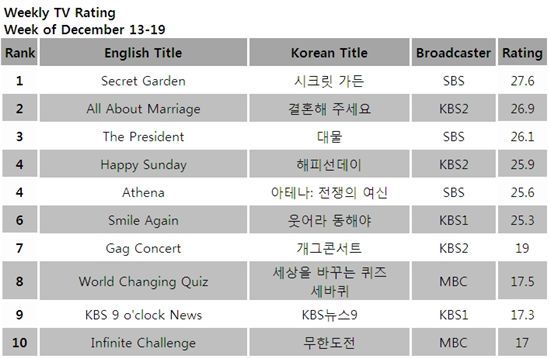 "SBS "Secret Garden" sees 1st weekly TV chart win"
by HanCinema is licensed under a Creative Commons Attribution-Share Alike 3.0 Unported License.
Based on a work from this source