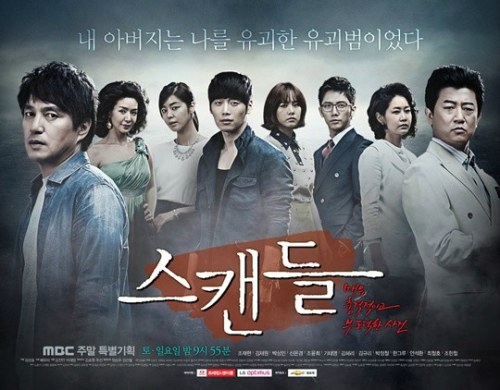 Jang Tae-ha (Park Sang-min) learned that his real son Jang Eun-joong (Kim Jae-won) was going to betray him and accepted his fake son Koo Jae-in (Ki Tae-young) as the real one.

""Scandal" recovers"
by HanCinema is licensed under a Creative Commons Attribution-Share Alike 3.0 Unported License.
Based on a work from this source