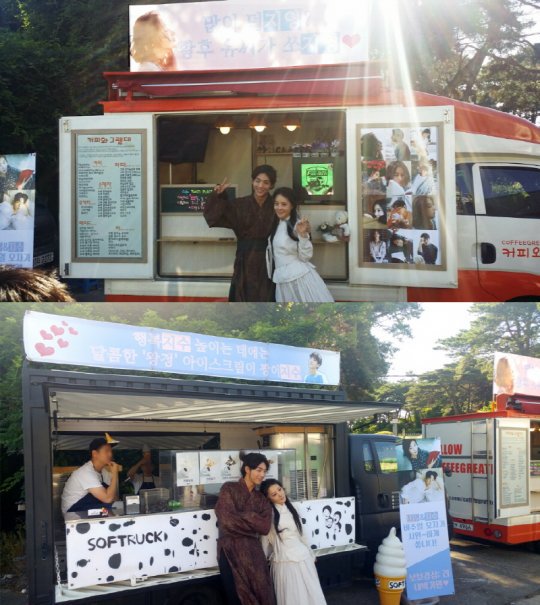 "Scarlet Heart: Ryeo" is based on an original and the drama is pre-produced. A modern day woman time slips into the past and experiences a whole new world. Park Ji-young takes on the role of Empress Yoo and Ji Soo is the 14th emperor Wang Jeong. They are mother and son.

They are also from the same management and decided to present the staff and crew on set with a snack truck.

In the picture, Ji-yeong and Ji Soo are posing in front of the truck.

The first episode of "Scarlet Heart: Ryeo" can be seen on the 29th of August at 10PM.

""Scarlet Heart: Ryeo" Park Ji-young and Ji Soo's present "
by HanCinema is licensed under a Creative Commons Attribution-Share Alike 3.0 Unported License.
Based on a work from this source