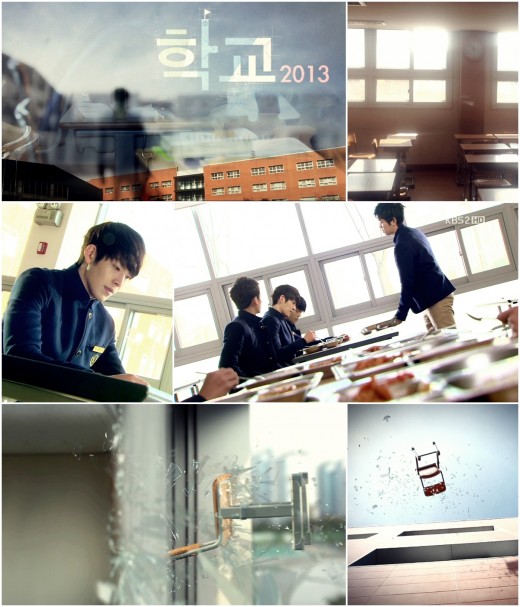 This is 2.3% higher than the previous record and its best record so far. It's another factor to be noticed that it's the only one that's been climbing in percentage despite other dramas which have been falling.

On the episode of "School 2013", Ko Nam-soon (Lee Jong-suk) realized Park Heung-soo's (Kim Woo-bin) sincerity and returned to school to face him. Oh Jeong-ho (Kwak Jung-wook) turned more rogue than usual along with the change of his mate Lee Ji-hoon (Lee Ji-hoon-I) and Kang Se-chan (Choi Daniel) warned him for the last time.

""School 2013" increasing fast and breaking record"
by HanCinema is licensed under a Creative Commons Attribution-Share Alike 3.0 Unported License.
Based on a work from this source