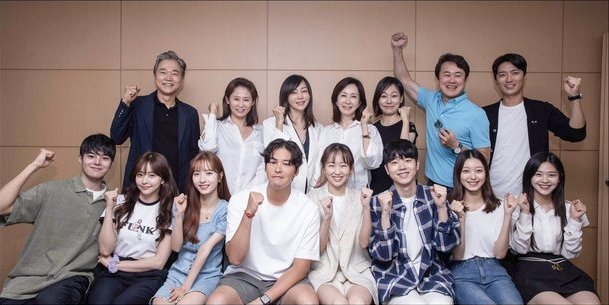 A pleasant script reading was held for "Homemade Love Story"

"Homemade Love Story" is a drama about the people who live in 'Samkwang Villa' who were once strangers but get to know each other, open up and even fall in love. 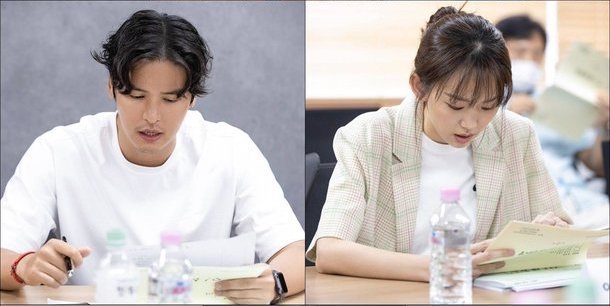 Lee Jang-woo and Jin Ki-joo saved 200% of their lovely chemistry. Even their 'wrong encounter', which happens when they bump into each other was well digested, heralding a more delicious romance. The acting immersed in each character made the play more pleasant. Lee Jang-woo, who plays the role of Woo Jae-hee, a detailed-obsessed architect who is handsome and good at his main job, played a confident and haughty character. Rumor has it that Jin Ki-joo, who plays the role of Lee Bit-chae-woon, who dreams of becoming a texture designer and works as an installation engineer for a small interior shop, showed off her best. 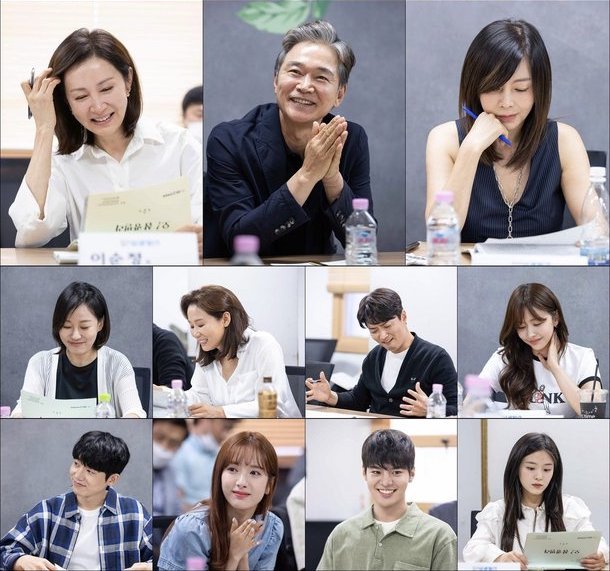 The 3 'living legends' were also outstanding. Jeon In-hwa expressed Lee Soon-jeong herself, who retains the heart of a pure girl without countermeasures despite the arduous journey of her 30-year career as a housekeeper. Jung Bo-suk has completely transformed himself into Woo Jeong-hoo, a typical old man whose family members also give up on. In addition, Hwang Shin-hye showed off her unwavering charm by appearing on the scene as Kim Jeong-won, the CEO of a fashion company who boasts a goddess-like beauty and stylish fashion sense.

Jin Kyung, who plays the role of Jeong Min-jae, was quickly immersed in the character that is disgusted with her super cheap husband. Kim Sun-young, who ran a crab restaurant in "When the Camellia Blooms", returns to the role of an elite doctor named Lee Man-jeong. In Gyo-jin plays the role of a trot singer, Kim Hwak-se and he planted a lot of fun with his best acting. In addition, Han Bo-reum plays Kim Jeong-won's daughter Jang Seo-ah, Bona plays Lee Hae-dun, Ryeoun plays Lee Ra-hoon, Jeon Sung-woo plays Hwang Na-ro, a candidate for resident of Samkwang Villa and Kim Si-eun-II plays Cha Ba-reun.

Director Hong Seok-goo said, "This drama was especially hard to fall asleep on, but after finishing practice today, I feel relieved". Writer Yoon Kyeong-ah expressed her great affection, saying, "I was so excited every time I sat in front of the laptop, but seeing everyone makes me feel bigger", adding, "Every single person in the drama is lovely". The production team also said, "The actors perfectly revived the unique story and atmosphere of the family drama", expressing expectations that "a really interesting drama will come out".

"Script Reading for "Homemade Love Story" With Lee Jang-woo and Jeon in-hwa"
by HanCinema is licensed under a Creative Commons Attribution-Share Alike 3.0 Unported License.
Based on a work from this source