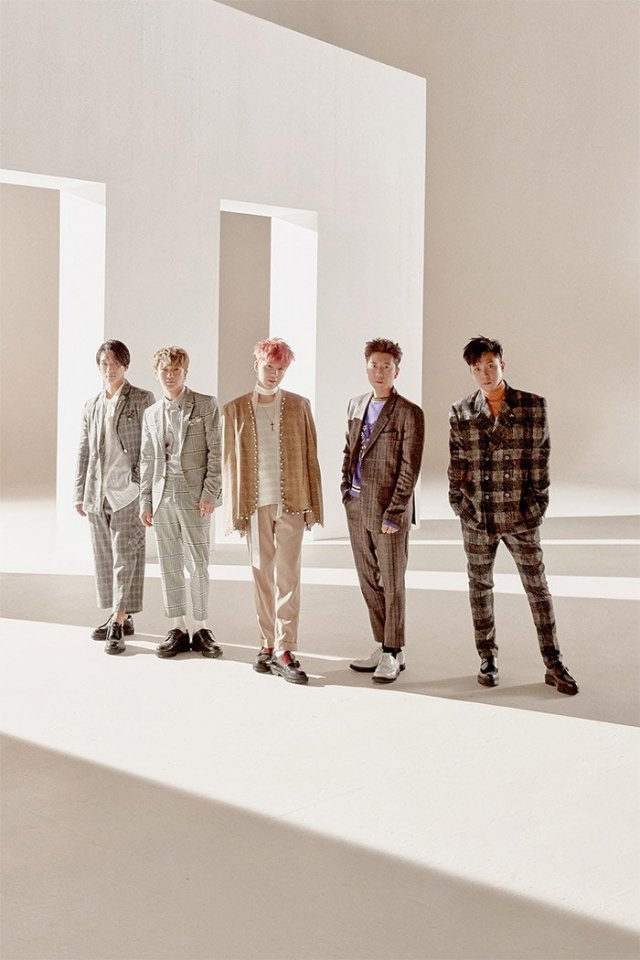 "We are returning to the music scene with our fifth full-length album. It is our first album in 18 years, so it feels like we're back in the days when we made our debut", band leader Eun Ji-won said at a press event on Thursday.

Other members said the album meant a lot to them as this year marks the 20th anniversary of their debut.

Sechs Kies, a popular boy group from the late 1990s, disbanded in 2000, just three years after their debut, reuniting last year to release a single.

They will resume their activities by holding a 20th anniversary concert at Gocheok Sky Dome in Seoul on Saturday.