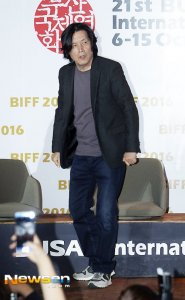 Internationally acclaimed director Lee Chang-dong's three films: "Green Fish" (Chorok Moolgogi, 1996), "Peppermint Candy" (Bakhasatang, 1999) and "Oasis" (2002) will be released as a DVD box set at the end of April or early May by Taewon Entertainment.

LEE joined the ROH administration as the minister of Culture and Tourism after Oasis. There has been great world wide anticipation for his next film Secret Sunshine (Milyang) which resulted in the invitation by the Cannes Film Festival. Secret Sunshine will open in Korean cinemas in May.

This DVD collection is available here Open the link