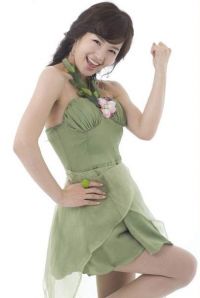 Female trio SeeYa is one member short now that its main vocal Nam Gyu-ri has left the team. SeeYa's management company, Core Contents Media, released a statement on Monday to explain that Nam has left the group despite the fact that she is still contracted for two more years. The agency says that Nam, Kim Yeon-ji and Lee Bo-ram had each signed a five-year exclusive contract with GM Planning (currently Mnet Media) in February 2006. But when GM was acquired by Mnet Media later in 2006, they had all signed three-year contracts and agreed to work the remaining two years with the CEO of Core Contents Media. The other two members are currently making their fourth album. Core Contents Media representative says that Nam is the only member, who refuses to abide by the two-year contract, and the agency is planning to take legal actions against Nam.

In the meantime, the agency has named Jiyeon of the new quintet, T-ara, to replace Nam in SeeYa. Jiyeon is currently a 10th grader attending Hyehwa Girls' High School and modeling for a school uniform company.