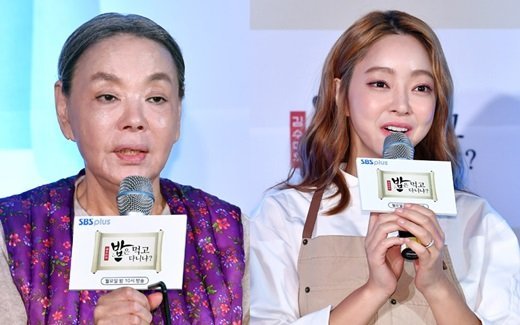 A media quoted on the 23rd that Seo Hyo-rim and Jung Myung-ho are thinking of getting married, but Seo Hyo-rim's agency clarified that it's not true.

Regarding rumors about a wedding in January, the agency said, "They've known each other since 2 years ago. They've only just started seeing each other, and Kim Soo-mi knew about it".

Seo Hyo-rim and Kim Soo-mi are co-stars on an SBS TV show.

Jung Myung-ho is 9 years older than Seo Hyo-rim. He was an ice hockey player until high school and graduated from Korea University College of Journalism. He was even involved with the film industry. He's currently the CEO of food company Morning Glory F&B, which is also Kim Soo-mi's one-person agency.

Some speculate that Seo Hyo-rim and Kim Soo-mi's involvement with the TV show has something to do with their personal involvement, but Seo Hyo-rim's side drew the line on that.

"Seo Hyo-rim is Officially With Kim Soo-mi's Son, Jung Myung-ho, a Food Company CEO"
by HanCinema is licensed under a Creative Commons Attribution-Share Alike 3.0 Unported License.
Based on a work from this source