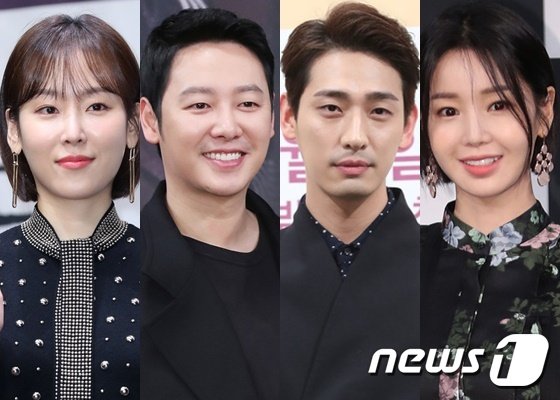 Actors Seo Hyun-jin, Kim Dong-wook, Yoon Park and Nam Gyu-ri have confirmed roles in "You Are My Spring".

The new tvN drama "You Are My Spring" begins with the setting that the three main characters who live with their respective seven years of age are caught up in the keyword salvation.

Seo Hyun-jin plays Kang Da-jeong, a hotel concierge manager who considers a little motel she once stayed at in Gangneung, her mental retreat. She moves to an old building for a fresh start but there she gets involved in a murder case and the man downstairs named Joo Yeong-do (Kim Dong-wook), and she ends up facing her childhood.

Kim Dong-wook plays Joo Young-do, a man who becomes a psychiatrist to help people live and those who want to die, want to live. He is a character with a second heart who has lived his life without being comforted by the absurdity behind his smart and wonderful figure that instantly understands everything.

Yoon Park takes on the role of Chae Joon, the CEO of an investment company who suddenly appears in front of Da-jeong like he read a manual about her and strongly knocks on her heart. Nam Gyu-ri plays actress Ahn Ga-yeong who is afraid of loving someone again after being harshly and painfully used by her boyfriend and manage.

Hwa and Dam Pictures say, "Seo Hyun-jin, Kim Dong-wook, Yoon Park and Nam Gyu-ri will complete "You Are My Spring"".

Meanwhile, "You Are My Spring" will air early this year.

"Seo Hyun-jin, Kim Dong-wook, Yoon Park, Nam Gyu-ri in tvN Drama "You Are My Spring""
by HanCinema is licensed under a Creative Commons Attribution-Share Alike 3.0 Unported License.
Based on a work from this source