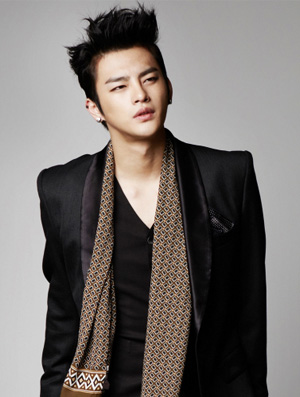 Seo In-guk's popularity is increasing by the day.

Seo In-guk has been cast for the role of Yoo Seung-gi, the youngest son of MBC weekend drama "Rascal Sons".

Seo pulled off the role of a 70s college boy successfully in the previous KBS drama "Love Rain" and is currently starring as Yoon Yoon-je in the tvN drama "Answer Me 1997".

Having shown an impressive performance in two straight projects, Seo In-guk has been acknowledged for his talents and has been getting love calls from dramas and movies.

Seo In-guk is about to widen his spectrum through the drama "Rascal Sons", a traditional family drama.

Jelly Fish Entertainment says, "Rascal Sons" is a good piece of work and Seo is eager to learn more amongst bigger and experienced actors and actresses".

"Seo In-guk becomes national 'son'?"
by HanCinema is licensed under a Creative Commons Attribution-Share Alike 3.0 Unported License.
Based on a work from this source