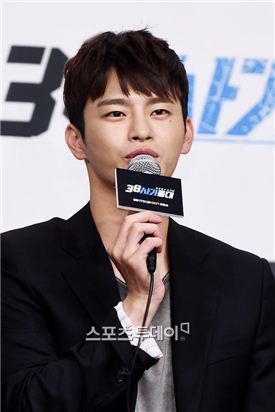 Apparently he's in the final stages of negotiations.

"Shopping King Louis" is a romantic comedy drama about shopping King Louis and Ko Bok-sil. Louis was a man who would buy anything and everything with money until he met Ko Bok-il, an angel with no wings and experiences love he can't buy with money.

Seo In-guk takes on the role of Louis or Kang Ji-seong.

The drama is directed by Lee Sang-yeob-I and "Shopping King Louis" will be broadcast in September after "W".

Meanwhile, Seo In-guk is currently in the OCN drama "Squad 38" as a genius con man with looks and talent.

"Seo In-guk to star in MBC "Shopping King Louis""
by HanCinema is licensed under a Creative Commons Attribution-Share Alike 3.0 Unported License.
Based on a work from this source