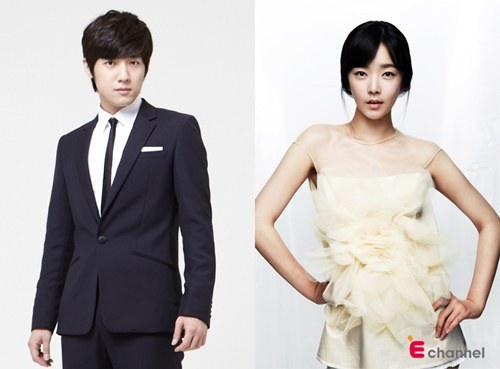 Seo Jun-young and Bae Seul-gi are starring in the 10-part drama, "Unemployed Romance" where unemployment benefiter Seung-hee (Lee Young-ah) reunites with her first love Jong-dae (Namgoong Min) who is a public worker.

Seo Jun-young and Bae Seul-gi are starring as friends of Lee Young-ah and Namgoong Min.

Seo Jun-young takes on the role of Wan-ha, Jong-dae's friend from high school and a skilled lawyer. He's handsome and well-mannered. Seo Jun-young said, "I can't wait to see how the characters turn out".

Bae Seul-gi is Lee Young-ah's best friend and writer, Seon-joo. She is a famous writer who was lucky to have grabbed a chance passed onto her instead of Seung-hee. She is a sly one who has feelings for Jong-dae as well but doesn't approach him because of Seung-hee but interferes with them at the same time.

Bae Seul-gi has been gaining popularity as an actress with two movies coming out at the end of the year and she said, "I am nervous to say that I am approaching everyone as a real actress".

Meanwhile, "Unemployed Romance" will be broadcasted on the 5th of October.

"Seo Jun-young and Bae Seul-gi in "Unemployed Romance""
by HanCinema is licensed under a Creative Commons Attribution-Share Alike 3.0 Unported License.
Based on a work from this source