Seo Kang-joon and Esom on Board for "The Third Charm" 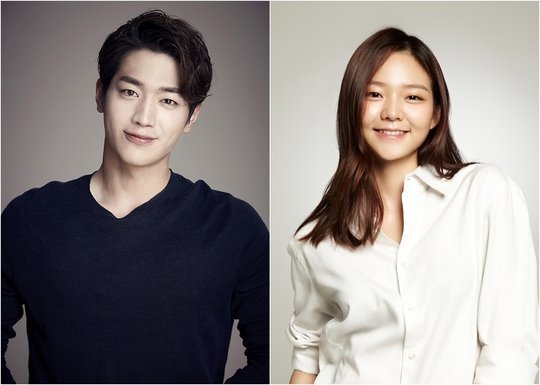 Seo Kang-joon and Esom are starring in the new JTBC drama "The Third Charm" is a story that displays the real side of relationships between couples.

On Joon-yeong is excessively calculative and delicate, which makes him two-dimensional and realistic. He wears glasses that are not cool, jeans that are neat, white socks and even whiter shoes. He's the neatest schoolboy there is. He goes out on a group blind date to fill in a spot and meets Yeong-jae, a loud and nosy character who is the only unplanned thing in his life.

On the other hand, Esom plays Lee Yeong-jae, an extemporary and emotional but honest character. She depends on her only brother as her parents aren't around and her goal is working hard when everyone isn't and becoming rich. She gave up college when she was twenty and started working as an assistant hairdresser. She also, goes on a group blind date to fill in for an empty spot and meets Joon-yeong who is her complete opposite

Seo Kang-joon has trackled many characters from "Cheese in the Trap" to "Are You Human Too". Esom has also made impressive performances in film and drama like in "Microhabitat" and "This Life Is Our First Life".

"The Third Charm" is co-written by Park Hee-kwon and Park Eun-yeong while it's directed by Pyo Min-soo. It begins this coming September.