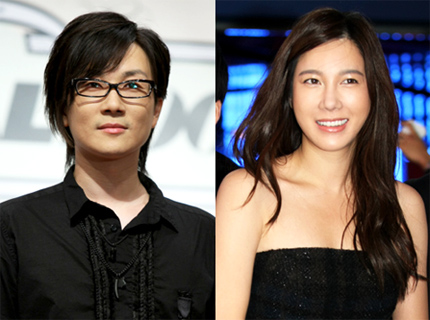 "They will not ask any responsibility about civil and criminal liability in the future". -Keyeast

Seo Taiji and Lee Ji-ah finally reached an agreement to end their lawsuit and finalized their divorce on July 29. Lee Ji-ah's agency Keyeast said, "Both sides had discussed the matter thoroughly and finally reached an agreement at 10 am in the court". The agency disclosed the entire contents with the consent of both parties, and it was written on the agreement that Seo Taiji and Lee Ji-ah will divorce without any monetary transaction. They also agreed not to file any lawsuit later concerning their marriage and relationship derived from their past relationship, not to slander the other, not to have any monetary transactions, and not to publish any book or music album concerning their marriage. Lee Ji-ah had filed a suit for a divorce with Seo Taiji and asked for consolation money and separation of property last January, and their secret 14-year relationship had become open to the public last April and created a stir.

Lee Ji-ah had dropped the case on April 30 as the lawsuit proceeded, but Seo Taiji contested the withdrawal, so their suit had been proceeding up until now. The agency said, "According to 'The Hague Convention on the Service Abroad of Judicial and Extra-judicial Document in Civil or Commercial Matters', their divorce in the US had legal deficiency and another divorce procedure was required. In addition, there was no monetary transaction between two parties, which was totally different from the news report. We revealed its entire contents with the consent of both parties after consideration because we want to prevent any further rumors or misunderstanding even after this divorce agreement".

According to the agreement, they had already divorced before the lawsuit was filed, but they are following the divorce process again as their former divorce was legally flawed and could potentially create further dispute. Both parties agreed that they will not raise any claim against the other about their relationship and they will not publish any document concerning their marriage. If either party publishes a book about their marriage, they are liable to a payment of two million won to the other. Keyeast said, "We sincerely desire that there will be no more misunderstanding and rumors. We want you to consider that they have already suffered untold agony so far as human beings".