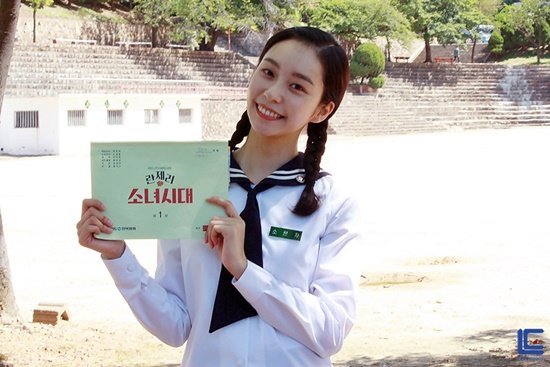 This new KBS 2TV drama "Girls' Generation 1979" is a eigh-part drama based on an original novel about teenage girls who grow up in 1970s Daegu. Seo Ye-seul takes on the role of Eun-ja, one of the members in a group of girls.

The Daegu dialect appealed to her and she thought it would be a challenge for her. She's excited for the drama.

Seo Ye-seul is known for her appearances in various advertisements and she's a talented girl who is currently attending the Korean School of the Arts. "Girls' Generation 1979" will begin on the 11th after "School 2017".

"Seo Ye-seul to star in "Girls' Generation 1979""
by HanCinema is licensed under a Creative Commons Attribution-Share Alike 3.0 Unported License.
Based on a work from this source