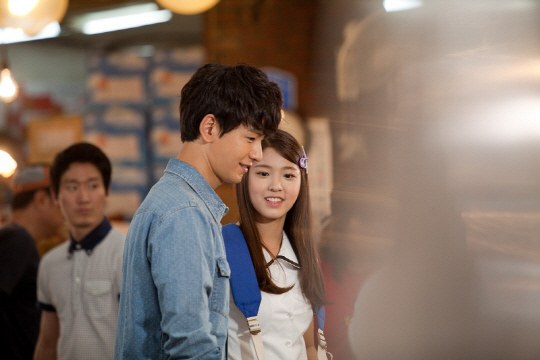 Girl Group AOA's Seolhyun and Lim Ju-hwan up live has become an issue.

The two were seen filming a scene for the SBS drama "Ugly Alert" last weekend at a market in Hongdae. Apparently, a big crowd formed around them in no time.

Being the best visual brother and sister in the drama, the two of them put on a good show of being siblings and raised expectations for the drama.

"Ugly Alert" is quite popular for being a healing drama.

"Seolhyun and Lim Ju-hwan"
by HanCinema is licensed under a Creative Commons Attribution-Share Alike 3.0 Unported License.
Based on a work from this source