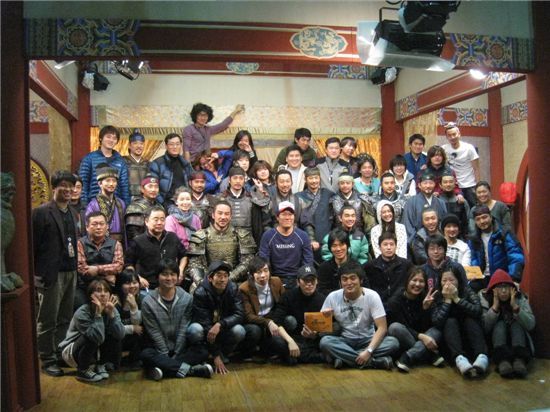 The cast and crew of "Queen Seon-deok" [MBC]

The cast and crew of hit TV series "Queen Seon-deok" wrapped up eleven months of shooting early this morning, according to a press release by the show's broadcaster MBC.

The entire staff -- including actors Lee Yo-won, Uhm Tae-woong, Kim Nam-gil and producer Park Hong-gyoon -- threw a wrap-up party to celebrate the shooting of their final episode of the historical drama.

The actors reportedly expressed their sadness at the show's ending: lead actress Lee Yo-won was quoted as saying, "I can't believe it", while Kim Nam-gil hugged every single crew member.

The Monday and Tuesday night series has been a huge success, remaining atop weekly TV charts in viewership ratings for most of its showing since late May.

Its ratings had soared to the mid-40 percent range for several episodes ahead of actress Go Hyun-jung's exit from the show four weeks ago. She had played the role of royal concubine Mi-shil in the drama, which is about "Queen Seon-deok" from the Silla Dynasty, the twenty-seventh ruler and the first reigning queen of the period. 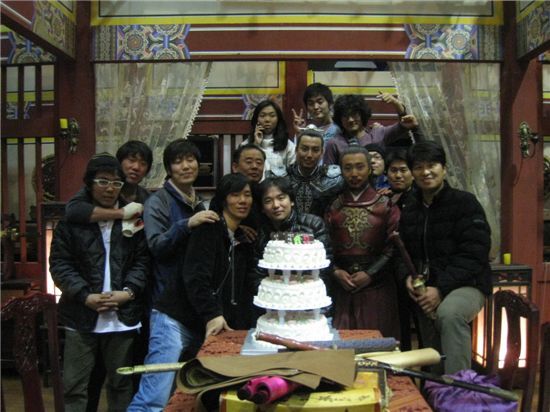 The cast and crew of "Queen Seon-deok" [MBC]

""Seon-deok" wraps up final shooting today"
by HanCinema is licensed under a Creative Commons Attribution-Share Alike 3.0 Unported License.
Based on a work from this source