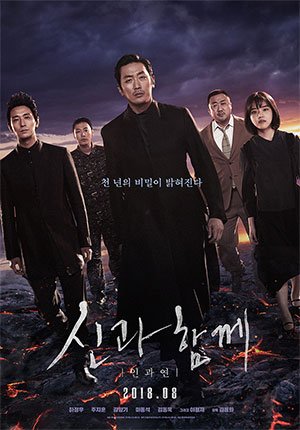 Filmmaker Kim Yong-hwa's latest CGI-heavy fantasy spectacle became the first Korean film to draw over 1 million spectators on the first day of its release on Wednesday.

According to the film's distributor, Lotte Entertainment, the film "Along With the Gods: The Last 49 Days" broke the previous opening-day record for a Korean film of 970,000, set by the historical epic "The Battleship Island" last year.

"Jurassic World: Fallen Kingdom" released in June this year has the all-time record with 1.18 million viewers for any movies released in Korea.