Seung-ri from "Angel Eyes", filming cancelled because of "Avengers 2" 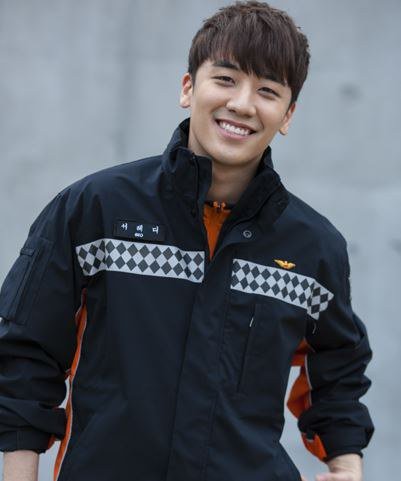 At the press conference on the 3rd, Seungri said, "An accident scene was supposed to be filmed on the Mapo bridge but "The Avengers 2" was scheduled ahead of us so we had to change our plans".

Kim Ji-suk also mentioned "The Avengers". He said, "The story deals with 119 emergencies so we have many accident scenes. With a little bit of bluff, we have an action scene that's about as large-scaled as "The Avengers". It was so real".

"Angel Eyes" is about a man and a woman who reunite 12 years after they painfully part and it's produced by Park Shin-woo and written by Yoon Ji-ryeon. Starring Ku Hye-sun, Lee Sang-yoon, Gong Hyung-jin, Seungri and more, it will be broadcasted for the first time on the 5th at 9:45PM.

"Seung-ri from "Angel Eyes", filming cancelled because of "Avengers 2""
by HanCinema is licensed under a Creative Commons Attribution-Share Alike 3.0 Unported License.
Based on a work from this source