"Shall Cuckoo Sing at Night" 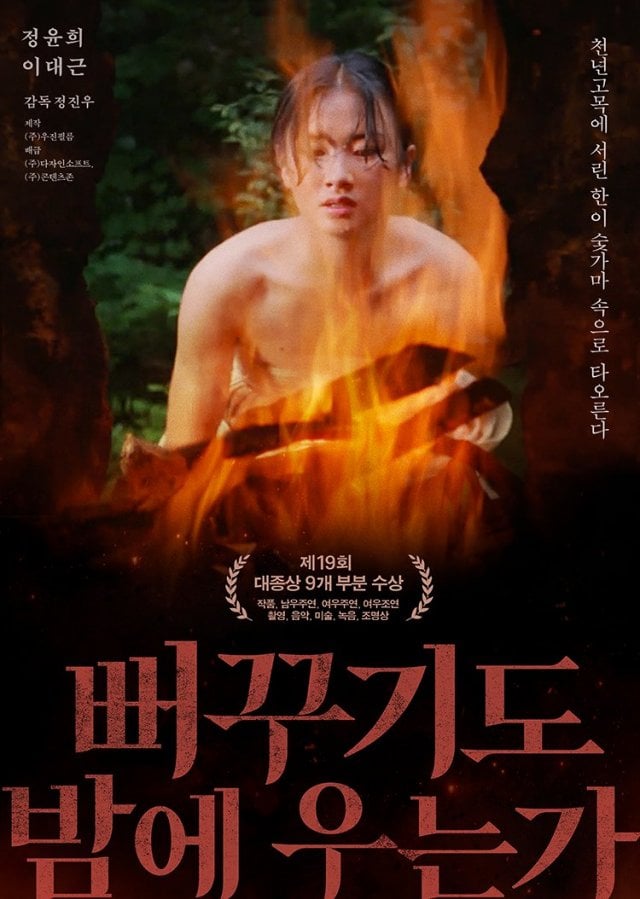 Original release date : 1981/03/01
Synopsis
Soon-i is the daughter of a strolling male entertainer. After her mother left her, Soon-i was raised by Dol-i's mother and is engaged to Dol-i. But Dol-i's friend Chil-sung also has crush on her. One day, Dol-i wins the wrestling game at the marketplace and earns money as reward. With that money, he buys Soon-i a jade ring. However, an air of misfortune begins as Mr. Kim, who is a forest keeper, locks up Dol-i who makes a living by making and selling charcoal in violation of forest regulation and tries to rape Soon-i. Fortunately, Chil-sung, who came to look after Soon-i, witnesses the scene and Soon-i runs away with Chil-sung. But on her way, she is reminded of Dol-i and returns to the shed and waits for him. Mr. Kim returns and tries to rape her again. Soon-i holds on to Mr. Kim who took away her happiness when the fire breaks out in the shed and the two burn to death together. Dol-i finally returns from the jail and finds Soon-i's jade ring in the ashes. 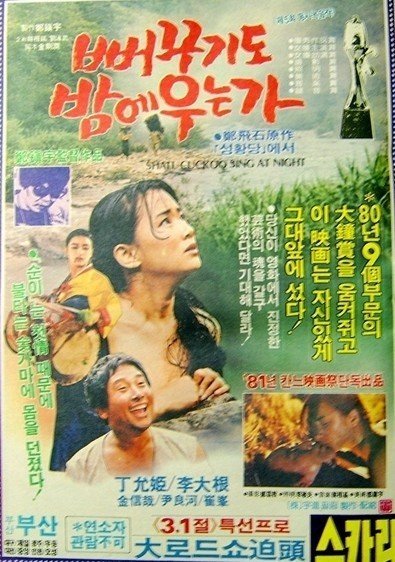 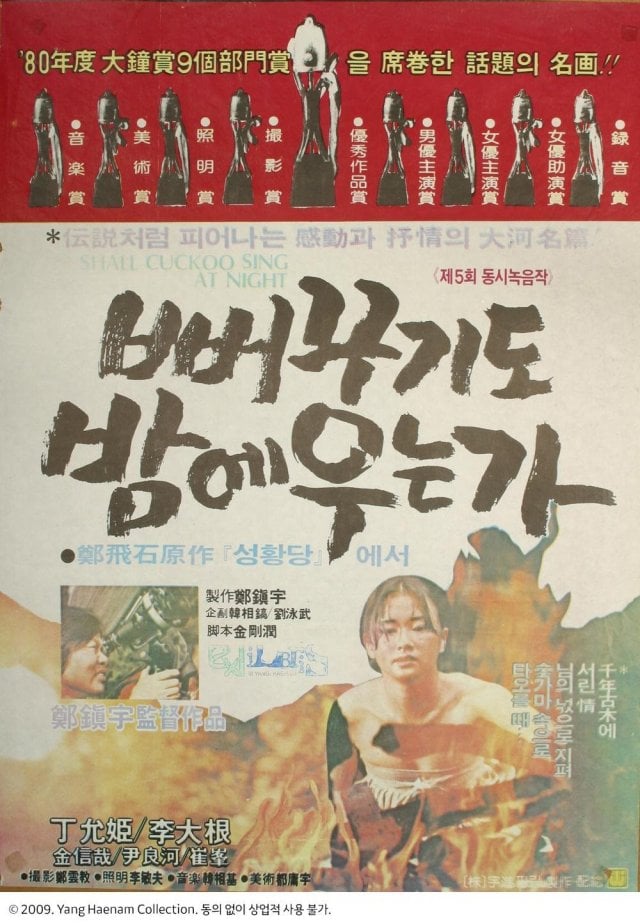