"She Gets Married Thrice" Ha Seok-jin shows off his abs 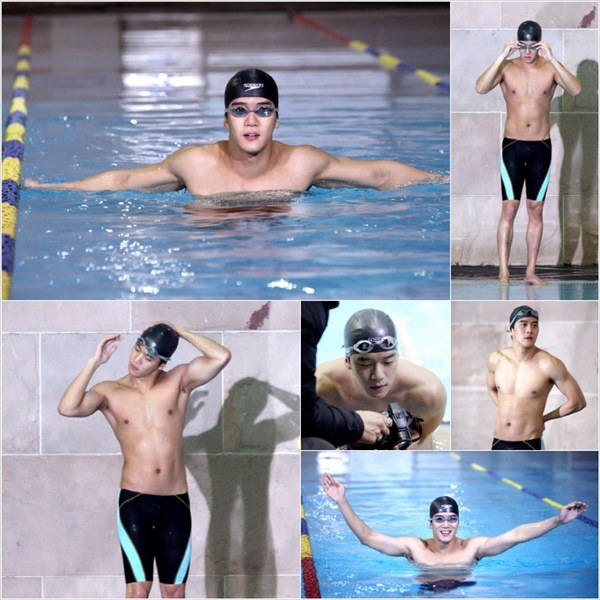 He is Kim Joon-goo, the second husband of Oh Eun-soo (Lee Ji-ah) in the SBS weekend drama "She Gets Married Thrice".

On the seventeenth episode of the upcoming drama he thinks hard about his relationship with Oh Eun-soo and takes a swim. He swims in the cold water and reveals the complicated emotions about Oh Eun-soo and Lee Da-mi that surrounds him.

This scene was taken at a pool in Daechi-dong on the 22nd last month. Ha Seok-jin was landed with the task of having to express his deep emotions without any lines and in turn, he discussed the scene thoroughly with the director before going into action.

Ha Seok-jin appeared without a shirt for the scene and the staff were in awe. All his hard work of working out had seen light at last. The atmosphere on set was hot thanks to Ha Seok-jin who worked really hard with a smile on his face.

Ha Seok-jin requested the short scene that was only even written on the script in words, to be taken again and again until it was perfect. As soon as the 'cut' sounded he would go back into his playful mode, livening up the set.

Producer Park Tae-yeong said, "Ha Seok-jin is bringing out all the charm in him from being a sincere lover to a charismatic bad boy".

""She Gets Married Thrice" Ha Seok-jin shows off his abs"
by HanCinema is licensed under a Creative Commons Attribution-Share Alike 3.0 Unported License.
Based on a work from this source