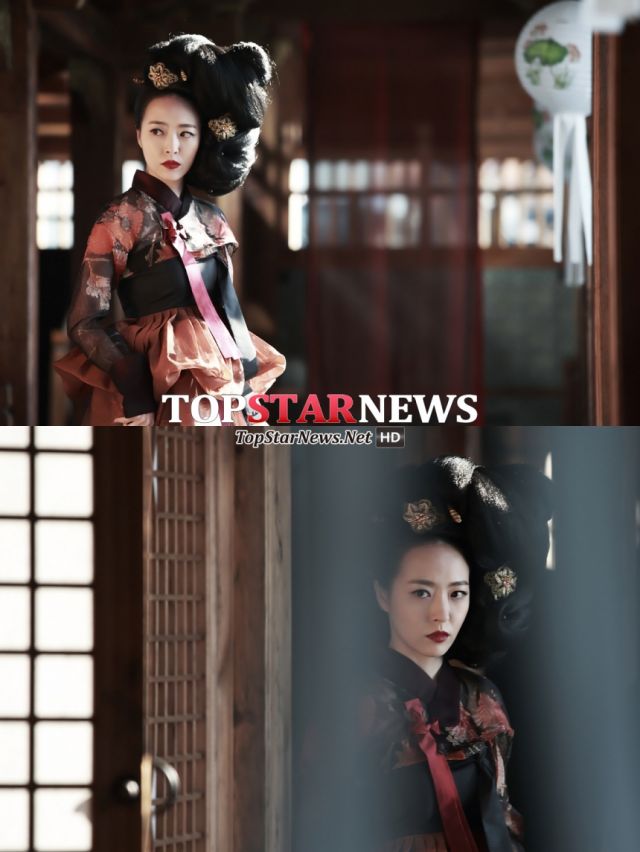 Actress Shim Eun-jin revealed unpublished still images from "The Treacherous", in which she made a cameo appearance.

Shim Eun-jin took on the role as the owner of Yongbonggak, a gisaeng parlor. As she is the head of all gisaeng, her fascinating presence in hankbok and the red lips complete her charismatic and attractive look.

"The Treacherous" is a blockbuster film depicting the stories of treacherous subjects, who fawned upon King Yeonsan and ruined the governance of the country. Director Min Gyoo-dong, who produced "Everything about my Wife" and 'The Last Blossom' led the production of the movie.

"Shim Eun-jin looks stunning in 'The Treacherous' "
by HanCinema is licensed under a Creative Commons Attribution-Share Alike 3.0 Unported License.
Based on a work from this source