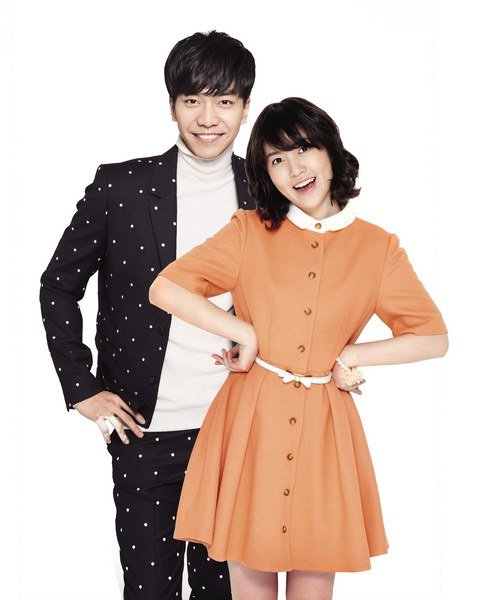 Actress Shim Eun-kyung and actor Lee Seung-gi are starring in the historical movie "The Princess and the Matchmaker".

Jupiter Films claims that the two started filming the movie in a set in Namyangju on the 9th of September.

"We chose the appropriate time and date for Lee Seung-gi and Shim Eun-kyung's martial harmony and started around the time of 7:30AM to 9:30AM with many number '9's in the time which means strength, determination, luck, preciousness, fruition, achievement, eternity and the best".

"The Princess and the Matchmaker" is produced by Jupiter Films which also created "The Face Reader" in 2013 and holds a record of 9.13 million audiences.

"The Princess and the Matchmaker" is the story and fate of Seo Do-yoon, a marital harmony seer who is brought into the palace to foresee the marital future of Princess Song Hwa and her likely candidates.

Shim Eun-kyung plays Princess Song Hwa who can't deny the marital decision made for her and Seo Do-yoon is played by Lee Seung-gi.

Lee Seung-gi said, "I am so excited to be in a historical movie. I was mesmerized with Seo Do-yoon from the beginning. We all get along with each other and you can look forward to a great movie".

Shim Eun-kyung said, "The last historical movie I starred in was "Masquerade" and I was convinced to star in "The Princess and the Matchmaker" because of the fate of the woman who was born into the royal family but struggles to reform her fate".

"Shim Eun-kyung and Lee Seung-gi to star in "The Princess and the Matchmaker""
by HanCinema is licensed under a Creative Commons Attribution-Share Alike 3.0 Unported License.
Based on a work from this source