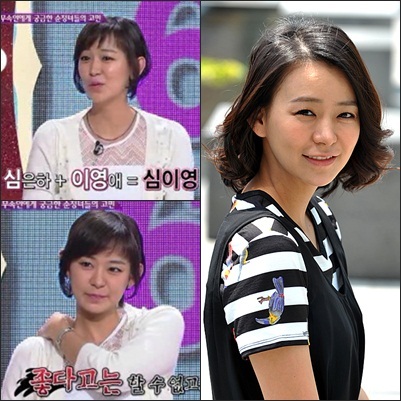 She posted in QTV "Ranking Woman" and said she's using a fake name.

She said, "My name isn't real. It's a combination of Sim Eun-ja and Lee Yeong-ae to become a great actress like them". Her real name is Kim Jin-ah and started being Shim Yi-young in 2006.

However, a shaman advised her to change her name as there was risk of being defeated by evil or being stopped by it.

Meanwhile, Shim Yi-young appeared as Jang-goon's mother in the KBS 2 weekend drama "My Husband Got a Family".

"Shim Yi-young's name"
by HanCinema is licensed under a Creative Commons Attribution-Share Alike 3.0 Unported License.
Based on a work from this source