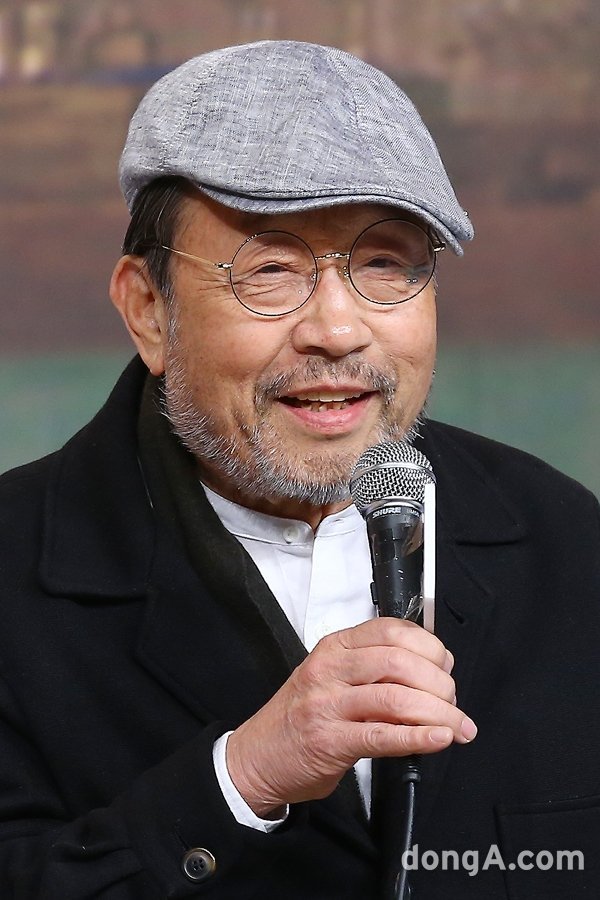 Actor Shin Goo, star of "Be-Bop-A-Lula", had an interview about the movie.

He is an elderly actor who has been active in "Be-Bop-A-Lula", theater play "Grandpa Angli and I", drama "The Gentlemen of Wolgyesu Tailor Shop", TV shows "Grandpa Over Flowers" and "Youn's Kitchen". "Youn's Kitchen Season 1" earned a rating of 14.1%.

Shin Goo couldn't join season 2 of the show because of his plans for a theater play. "Youn's Kitchen" brought in Park Seo-joon instead of Shin Goo this time and the viewing rate went up to 18.2%. Every episode until the third has an average of 14% and higher.

Shin Goo said, "I was in the middle of the theater play when "Youn's Kitchen" reached out to me. I couldn't cancel initial plans, so I had to give it up. They asked me to go in between, but I just couldn't make the time. Director Na Young-suk was going to promote me and choose another part time worker".

We asked if he wanted to be on season 3 and he said, "No, let someone else be on it".

"Shin Goo Talks About his Busy Schedule"
by HanCinema is licensed under a Creative Commons Attribution-Share Alike 3.0 Unported License.
Based on a work from this source