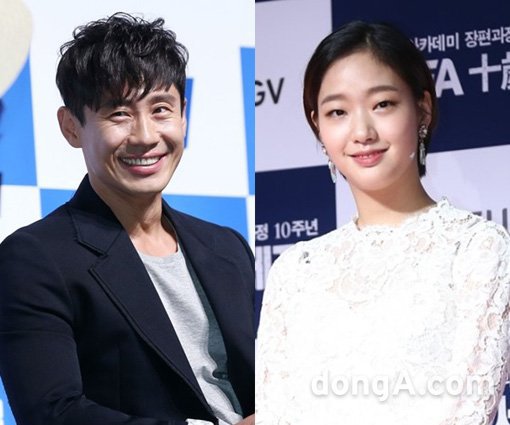 Actors Shin Ha-kyun and Kim Go-eun who overcame the age gap of 17 years, broke up after a short 9 months.

Hodu Entertainment announced on the 22nd, "Their relationship was private so we don't know the details to their break up, but it seems as though they drifted apart due to so much work".

The two announced their relationship publicly in August last year. They claimed they'd been seeing each other two months earlier and they claimed the spotlight because of their 17 year age gap. They were spotted a couple times in Gangnam eating out, but not caring about the eyes around them.

However, word has been coming out since early this year that they might have broken up. Kim Go-eun closed down her active Instagram, taking down the pictures of her and Shin Ha-kyun scuba diving as well. In February, she started a new account and posted a picture from the drama "Goblin" of her and Gong Yoo standing together getting married.

"Shin Ha-kyun and Kim Go-eun break up after 9 months "
by HanCinema is licensed under a Creative Commons Attribution-Share Alike 3.0 Unported License.
Based on a work from this source