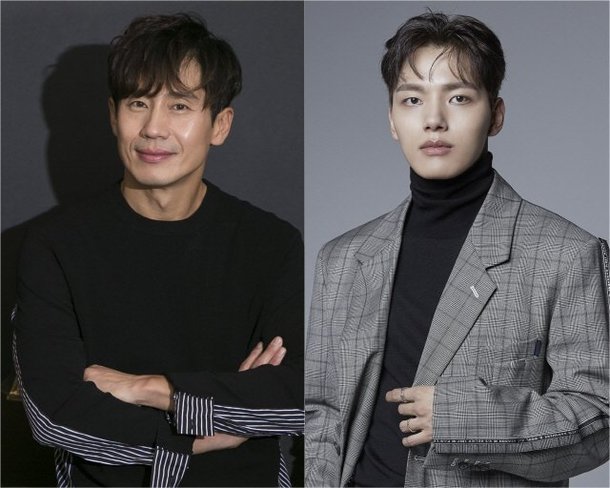 The coming together of Shin Ha-kyun and Yeo Jin-goo through "Freak" is drawing attention.

The new JTBC drama "Freak", a highly anticipated drama for the first half of 2021, confirms the casting of Shin Ha-kyun and Yeo Jin-goo and begins filming. Fans are excited as it is the combination of two 'acting monsters'.

"Freak" is the story of two men who break down the law and principals to catch a serial killer. It throws the questions, "Who is the monster? You? Me? Or us?" and closely follows the multifaceted nature of the human beings. It just may be the birth of a sophisticated psychodrama helmed by Sim Na-yeon and written by Kim Soo-jin-V.

Above all, the best part about the drama is the casting of Shin Ha-kyun and Yeo Jin-goo, two acting veterans. Shin Ha-kyun takes on the role of Sergeant Lee Dong-sik, a whacko. He used to be in homicide but now he just does chores in the Manyang Police Station located in the suburbs. He experiences a change when Yeo Jin-goo, in the role of Han Joo-won, a selfish character, becomes his partner and supervisor. Everything gets stirred up when a case very similar to the "Freak" serial killings that changed his life 20 years ago, happens again.

Yeo Jin-goo takes on the role of Han Joo-won, an elite detective who gets demoted to Manyang with a secret. Yeo Jin-goo who has several hit dramas such as "The Crowned Clown" and "Hotel Del Luna", attempts at another ground-breaking character. Han Joo-won is good looking and has a sturdy background with a father who is likely to become Chief of Police. However, an unexpected case occurs and he gets entangled in a whirlwind. He has to track down the truth with his "Freak" partner Lee Dong-sik on one side and the purest of pure village people on the other side.

Meanwhile, JTBC "Freak" premieres in the early half of 2021.

"Shin Ha-kyun and Yeo Jin-goo Confirm to Star in "Freak""
by HanCinema is licensed under a Creative Commons Attribution-Share Alike 3.0 Unported License.
Based on a work from this source