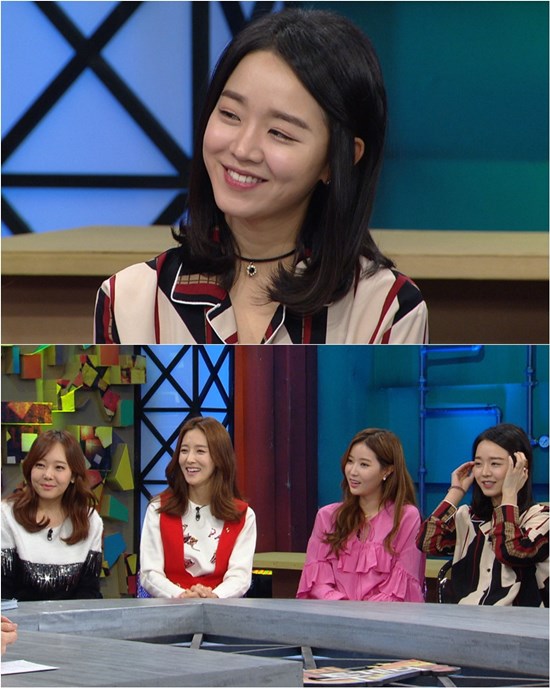 Actress Shin Hye-sun revealed how she felt about filming a kiss scene with Gang Dong-won.

So Yu-jin, Wang Bit-na, Im Soo-hyang, Shin Hye-sun, and Kwon Oh-jung appeared on the special episode, 'You are a king' of KBS 2TV's talk show, 'Happy Together 3'.

Shin Hye-sun said, "The kiss scene was not in the script originally. But it was created instantly. I was so excited but I acted indifferently" and "I thought he would have felt some burden if I'd reveal too much excitement".

When she was asked what she and Gang Dong-won talked about during filming the scene, she said she couldn't remember anything as if her memory had been shut off and then she blushed.

"Shin Hye-sun says, "Liked the kiss scene with Gang Dong-won, but I acted indifferently""
by HanCinema is licensed under a Creative Commons Attribution-Share Alike 3.0 Unported License.
Based on a work from this source