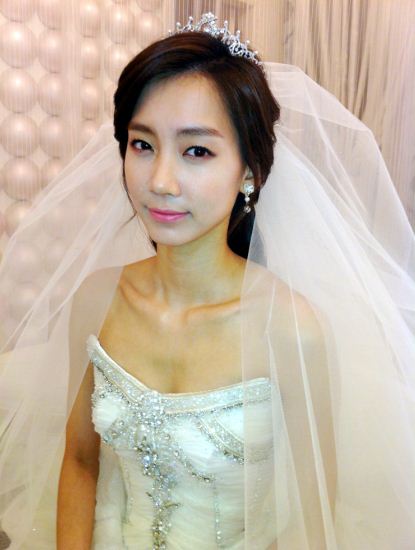 Actress Shin Hyun-bin has been cast in the SBS Chuseok special "Family Photo".

Based on a web toon by Jung Byeong-sik, "Family Photo" is about the fatherly love of a father who wants to protect his family and an adolescent daughter. Shin Hyun-bin takes on the role of Han Sang-tae's (Ahn Nae-sang) daughter Han Mi-hwa and will cover all age range from 18 to 29.

Shin Hyun-bin has kept the image of a calm and elegant character in the movie "He's on Duty" and drama "Warrior Baek Dong-soo". This time she will go from student to career woman in a uniform to wedding dress. In the picture of her in a wedding dress, she shows off her collarbone but looks so innocent at the same time.

Shin Hyun-bin said, "Maybe it's because the time it took me to get in the wedding dress wasn't that long, the uniform part is the most memorable and I am glad to have worked with amazing seniors".

All sorts of emotions such as hate and resentment floods into the daughter when her father whom she thought was dead 11 years ago returns in front of her right before her wedding. The first and second episodes will be aired on the 29th.

Meanwhile, Shin Hyun-bin is going from movie to play with the role of Chae Hee-joo in the original movie "Promise" based play "Turn Back and Go".

"Shin Hyun-bin selected for SBS Chuseok special "
by HanCinema is licensed under a Creative Commons Attribution-Share Alike 3.0 Unported License.
Based on a work from this source