Shin Kyung-sook's Hit Novel to Be Released in Japan 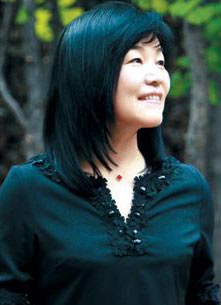 Shin Kyung-sook's hit novel "Please Look After Mom", which tells the story of the guilt experienced by four siblings when their elderly mother goes missing from Seoul Station, will be published in Japan at the end of next month.

Lee Koo-yong, president of KL Management, which brokers the overseas publication of the novel, said on Monday, "The Japanese version of the book will be published by major Japanese publisher Shueisha at the end of September. For this reason, Shin will visit Japan from Sept. 14 to 17".

This is the second of Shin's works to be snapped up by the publisher after it released the acclaimed "A Lone Room" in 2005.

The copyrights for translated versions of "Please Look After Mom" have been sold to 28 countries, including the U.S. and Italy. The book, which avoids over-sentimentality as it probes a tangled web of family relationships, has become such a runaway success that Shin made a book tour to seven cities in the U.S. and eight in Europe. Her latest work recently came out in Israel, where the author held an autograph-signing event early this month.

Meanwhile, "Please Look After Mom" has already been voted as one of the best books of the year by Amazon, in June. It ranked second on Israel's list of bestsellers within two weeks of its Hebrew translation being released in mid-July.

"Shin Kyung-sook's Hit Novel to Be Released in Japan"
by HanCinema is licensed under a Creative Commons Attribution-Share Alike 3.0 Unported License.
Based on a work from this source