Shin Min-a and Kim Min-hee, on the big screen 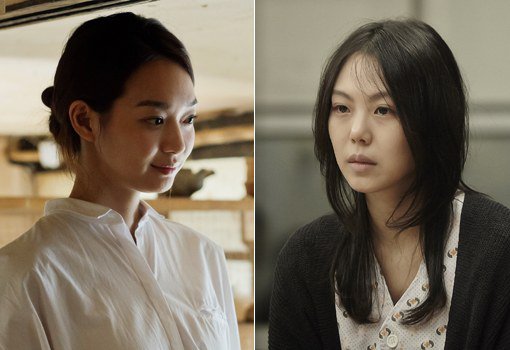 Two actresses are taking a leap onto the big screen.

Best friends and most standing out actresses in their 30s, Kim Min-hee and Shin Min-a are coming out with new movies this June. They went through the course of cover models in their teens, youth stars in their 20s and now they're attempting at something new in their 30s.

Kim Min-hee chose "The Crying Man". She starred in the 2012 successful movies "Helpless" and "Very Ordinary Couple". Instead of settling with her success, she's attempting at doing more. She comes up with a movie at least once every year and all of different genre and character.

Her movie "The Crying Man" is a new project by "The Man From Nowhere" director Lee Jeong-beom. The story deals with killer Gon and a woman who's become his target. Kim Min-hee is tracked down by Jang Dong-gun. Lee Jeong-beom judged Kim Min-hee as an actress who emphasizes on the inside more than the outside. "She's internally mature and brings out a good performance".

Shin Min-a is waiting for the release of "Gyeongju" on the 12th of June. This movie is a contrast in size and genre compared to "The Naked Kitchen", "A Million" and "Go Go 70s".