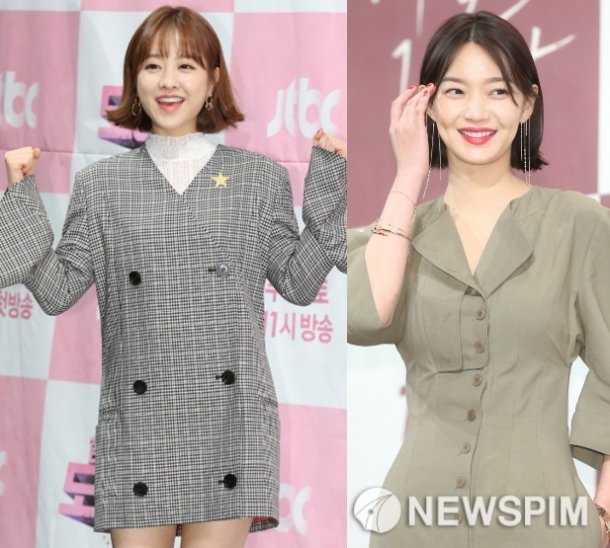 The romantic comedy queens Shin Min-ah and Park Bo-young moved over to cable but they have faced different results; Shin Min-ah's "Tomorrow With You" is in 1% while Park Bo-young's "Strong Woman Do Bong-soon" is setting a new record every time.

Park Bo-young is a cute and loveable character in "Strong Woman Do Bong-soon" as Do Bong-soon. She is currently in a complicated relationship with her neighborhood fiends Gook-doo (Ji Soo) and her boss Ahn Min-hyeok (Park Hyung-sik). In addition, every episode is a liberating one with nothing to leave viewers frustrated about.

Park Bo-young has been acting for 11 years now and she started "Strong Woman Do Bong-soon" with a big bang. The drama rated 3.829% which is a record breaker for any drama in JTBC history. Every episode has been setting a new record and currently is at 9.6%.

"Strong Woman Do Bong-soon" owes it to Park Bo-young as she came in first in an actor brand reputation research early this year.

Park Bo-young was modest and said, "I know I have a limit somewhere but everyone is just really generous".

She continued, "This drama isn't just a romantic comedy but a story of a woman who goes through life just like anyone else. I think the female viewers relate to that a lot".

On the other hand, could it be the curse of "Goblin"? "Tomorrow With You" started right after "Goblin" but hasn't been able to cross 1%.

Shin Min-ah has failed her name 'romantic comedy queen' with the role of Song Ma-rin in "Tomorrow With You".

Shin Min-ah earned a few favors in the beginning acting out drunk, forgetting that she is an actress.

It seemed like things were working out well with Lee Je-hoon from "Signal" but the awkward element of 'time-slip' made viewers get tired of it quickly.

"Shin Min-ah and Park Bo-young's reason for failure and success"
by HanCinema is licensed under a Creative Commons Attribution-Share Alike 3.0 Unported License.
Based on a work from this source